Tauranga man on the road to health and wellness 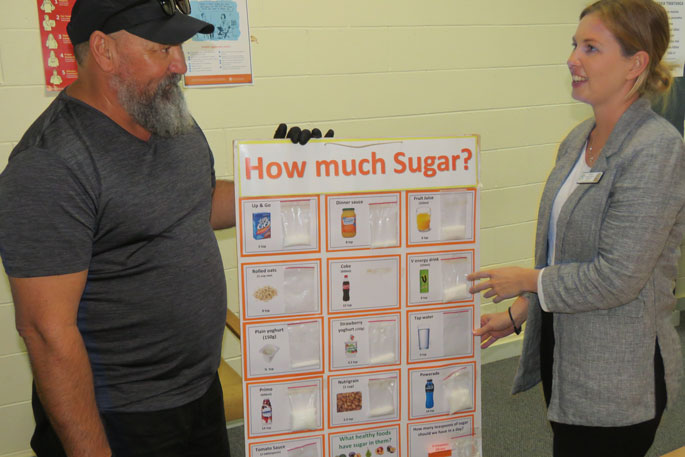 Craig Kawiti has experienced a few health scares in recent years – a brain tumour, followed by a heart attack – but it took being told his type two diabetes would have to be treated with insulin injections to jolt him into making some serious lifestyle changes.

The 57-year-old Tauranga man hit the gym, radically altered his diet, and is currently celebrating a 32kg weight loss.

His road to good health and wellbeing started in August last year after he was diagnosed with pre-diabetes and was referred by his doctor to attend one of Western Bay of Plenty Primary Health Organisation’s free diabetes self-management courses.

The course teaches participants about the risk factors and symptoms of type two diabetes, possible complications, food and nutrition, exercise and physical activity, and medications.

Ongoing support is provided for those who need it.

Craig attended the 10-hour course over five weeks and highly recommends it to those who want to learn more about how to manage their diabetes.

“I was shocked at what I was hearing. I never realised how much of my ill health was related to my diet. I learned to start reading the labels on the food at the supermarket and looking out for things like high levels of sodium and sugar,” he says.

“You need to learn about these things so you can take action to save yourself.”

It was only in recent months that Craig put his learning into action, however.

He lost his job after Covid-19 and was on a waitlist for Sport Bay of Plenty’s Green Prescription programme.

He lived on a diet of KFC, fish and chips, potatoes and white bread. At his heaviest, he could only walk as far as his letterbox before he got out of breath.

His condition developed into full type two diabetes and he was facing regular insulin injections.

Once he was accepted onto the Green Prescription Programme and started walking and going to the gym, his diabetes course booklet became his bible.

For the first month he was in the gym every day and had reduced his daily breakfast of 15-18 Weetbix to just one.

“I ate a few eggs for lunch and some vegetables for dinner,” says Craig.

“I walked most of Tauranga, Paengaroa and Whakatāne, mostly in the early hours of the morning so no one would see me. When I joined a walking group, I grew a beard so my mates wouldn’t recognise me.”

After just a week, Craig was able to bend over to tie up his shoes.

After a month he walked up Mount Maunganui twice in one day – once at sunrise and later in the morning with his walking group.

He now walks up three times a week and has added running and cycling to his exercise regime. 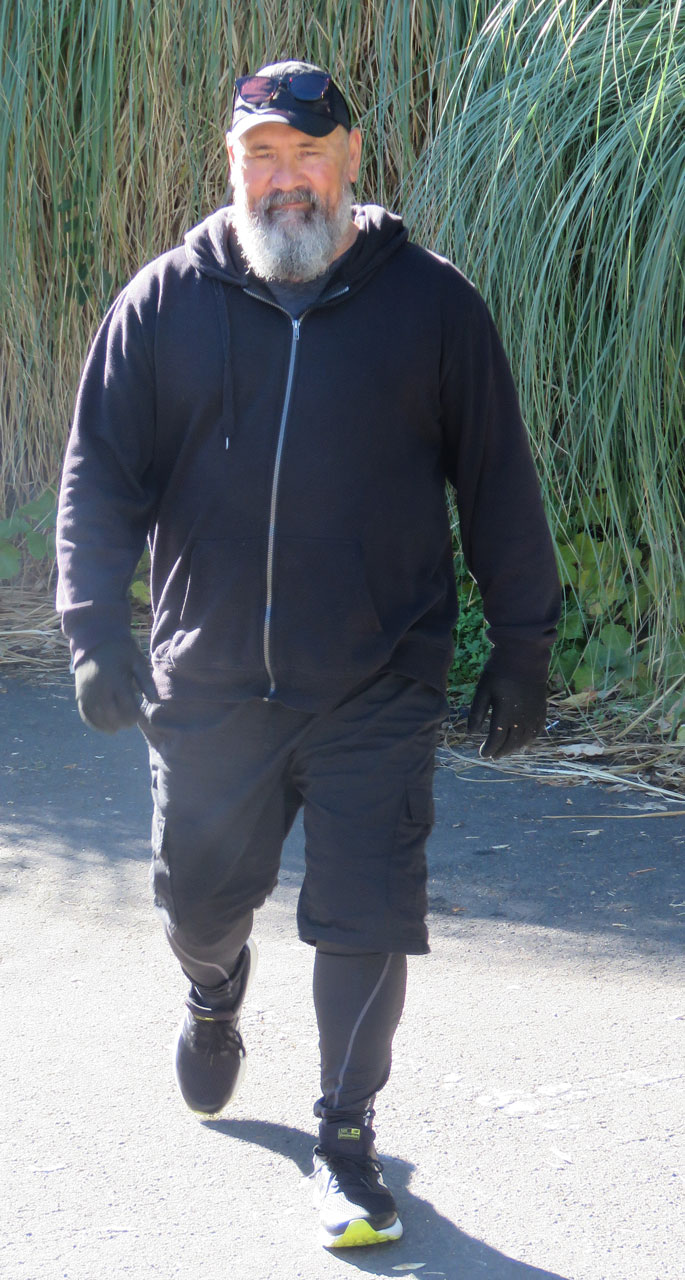 Craig Kawiti has lost 32kg through changes in diet and exercise in a bid to tackle his type two diabetes.

A combination of his lifestyle changes and medication have been enough to ensure that Craig, who has a fear of needles, doesn’t have to have insulin injections to manage his diabetes.

“I’m desperate to make a change. My stomach is still there but a lot of it’s gone. The beard comes off when it’s gone.”

Craig admits his new diet has been a struggle, but he enjoys the exercise and is determined to achieve his weight loss goals.

“I’ve had a lot of goals and managed to smash them all so far so I need to make new ones! It (exercise) feels good and now I have a pushbike I can go further and further.”

Craig says as well as a change of diet and exercise he has surrounded himself with positive people who have supported him on his journey, including the Tauranga branch of Diabetes New Zealand and the health professionals from the PHO and Sport Bay of Plenty.

And Craig’s advice to others who need to make lifestyle changes to improve their health?

“Make time to look after yourself so you can look after the people around you.”

If you would like to attend one of the PHO’s diabetes self-management courses ask your family doctor to refer you or self-refer by phone 07 577 3190 or email selfmanagement@wboppho.org.nz.

What is type 2 diabetes?

Type 2 diabetes is when your body doesn’t produce enough insulin to keep you healthy. It usually develops in adults but it is becoming more common in young people. Type 2 diabetes is the only type of diabetes linked to, but not always caused by, obesity. Māori, Pacific and South Asian people are more likely to have type 2 diabetes and develop complications of the condition.

About 8000 people in the Western Bay of Plenty region have type 2 diabetes, including 1400 Māori and 200 Pacific people.