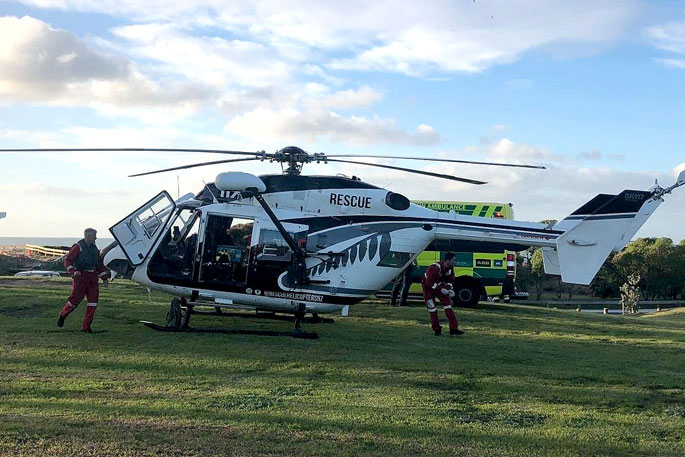 A rescue helicopter was called in to fly the injured motorcyclist to hospital Photo: Pāpāmoa Volunteer Fire Brigade Facebook.

UPDATE 6.55PM: Police have confirmed a motorcyclist has been left in a critical condition following a serious crash in Pāpāmoa today.

The accident occurred at the intersection of Douglas Place and Pāpāmoa Beach Road.

"One person who was on a motorbike was airlifted to Waikato Hospital in a critical condition," says a police spokesperson.

Police state the road was closed for a period of time but reopened at around 6.20pm.

EARLIER: One person has been seriously injured following a crash in Pāpāmoa.

“It happened around 3:15pm,” says a police spokesperson.

“One person looks to be seriously injured.”