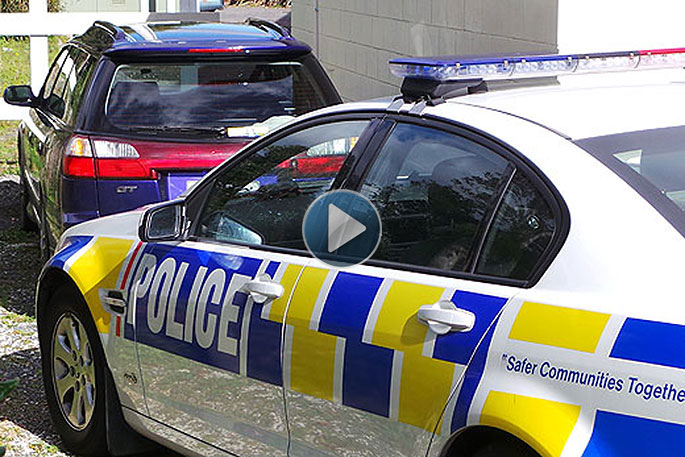 Subaru's are in the top five for most stolen vehicles on a recent list released by police. File photo.

Police are warning car owners, particularly those with a Mazda Demio or Nissan Tiida, to have security measures in place to help prevent their vehicles from being stolen by offenders.

The most commonly stolen vehicle models during this period were the Mazda Demio (825) and Nissan Tiida (777), sys Inspector Trevor Beggs.

Rounding out the top five most commonly stolen vehicles were the Mazda Atenza (364), Subaru Legacy (304) and Subaru Impreza (243).

"These five vehicle models made up over 25 per cent of all vehicles stolen across Auckland in the past year.

"Around 6900 of these stolen vehicles were eventually recovered."

A large number of vehicles were reported stolen from public/commercial areas such as shopping centre carparks, as well as outside residential addresses.

Trevor says some vehicle models are seen by offenders as being easier to steal than others, and these models are being specifically targeted.

The vehicles are often used to commit further offences and harm in our community.

“Many used imported second hand vehicles do not have factory fitted immobilisers, making them a preferred targets for offenders.

“We always encourage vehicle owners to take simple steps to prevent their vehicles being taken, but owners of these particular models should be aware that their vehicles are the most frequently targeted and they need to take precautions."

“Vehicle crime tends to be opportunistic and offenders look for easy targets or quick gains if they see valuables left in vehicles.

“The solution is straight-forward; the more security measures you have in place, the harder it is for offenders to steal your vehicle and the less likely it is that you will be targeted.”

Below are important steps you can take to prevent your vehicle being targeted:

- Use a steering lock – these are inexpensive and a great deterrent
- Install an immobiliser
- Avoid leaving your vehicle parked on the street if possible and park down driveways and out of sight from the road
- If parking on the street, park in well-lit areas such as under street lights
- Never leave any valuables in your vehicle.
- Have a car alarm installed

Trevor says police are committed to holding those who steal vehicles to account.

“Anyone who has had their car stolen will understand how distressing and stressful it is and we take these offences seriously.”

More than 1300 charges have been laid in relation to the unlawful taking of a motor vehicle for offences committed across Tamaki Makaurau in the 12 months between July 2020 and June 2021.

Police urge anyone in the community who sees suspicious behaviour around vehicles to contact us immediately by phoning 111.

Maybe a REAL deterrent might be the solution Rather than a slap on the risk and told naughty boy by the Youth Court. And good luck getting the parents to pay for the damage

It’s true, my sister in Auckland got hers nicked while she was at a restaurant. Ended up being found in West Auckland (of course), been taken for a joy ride. Lucky they hadn’t trashed it. Still needed to go to shop for minor repairs so she was without it for a couple of weeks, very inconvenient. Cop told her to get a wheel lock. I’ve got a thief-magnet myself so I also got a wheel lock and looking to get an immobiliser. Would prefer a gin-trap but you can’t have everything haha.