NZTA to work with industry over rule enforcement 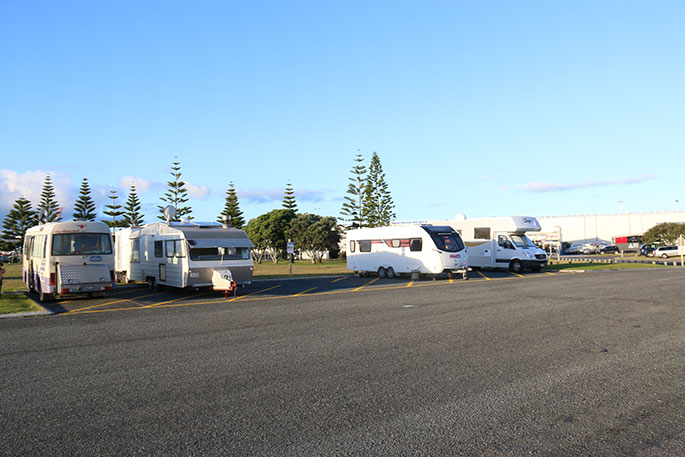 An online protest group has been set up over rule changes to campervans and horse trucks Waka Kotahi is now enforcing. File photo/SunLive.

The New Zealand Transport Agency Waka Kotahi says it's looking at ways to lessen the immediate impact of enforcing a rule that has forced some motorhomes and horse trucks off the road.

The requirement to get a specialist engineer's signoff for any truck cab modified since 2005 is now being enforced.

But there are few specialists willing to do the costly work.

Some owners turning up for a Certificate of Fitness, are now being rejected and told they must, for the first time, get a sign-off - called an LT400 - for their modified cab, which could take months and cost $10,000-30,000.

"We are conscious of the impact this is having on vehicle owners," Waka Kotahi says in a statement to RNZ.

It had always been necessary to ensure cabs were safe, just unclear how to do that, says the roading agency.

"While the land transport rules have required for many years that modified vehicles must remain safe, information provided to inspecting organisations in relation to cab modifications has been ambiguous.

"Any changes to the structure of the cab can increase the risk to the safety of people within the cab.

"Many vehicles have been appropriately modified and we are aware that some were not."

That required the retrospective inspections, which are difficult, and Waka Kotahi is trying to work with the industry to resolve the issue, it says.

An online protest group has formed and the Motor Caravan Association is tracking the impact.

Waka Kotahi notes that truck buses and special-purpose vehicles might also have been modified.

Christchurch delivery driver Gary McAuley has a campervan not modified since its original construction in 1992 - so ostensibly outside the reach of the rule enforcement.

But he had to cancel his usual mid-winter trip to Twizel after vehicle inspectors a month ago faulted the $30,000 vehicle over two tiny cracks in welds in the cab.

They could have been there for 10 years but were not an issue before, McAuley says.

He's certain the inspectors were made nervous by the cab cutout enforcement.

Of NZTA's safety claim, McAuley says: "I don't buy that at all."

He qualified that: "It might be in some cases, but I don't know that one rule fits everyone."

The vehicle inspection requirements manual had the requirement for two decades.

It was updated in late 2018 to clarify cabs had to be checked and was followed up in April this year, triggering actual enforcement.

The agency "acknowledges that more collaboration and work is needed to resolve this issue in the interests of the safety of all road users", it says.

"Our aim is to find an appropriate balance between the risk to safety and impact to vehicle owners."

But parts of the industry said the new guidelines were still not clear.

McAuley was rejected by two certifiers and finally found one in Rangiora to look at his old campervan, but they had not got anywhere, he said.

"If they're going to change the rules, there needs to be a sort of clear guideline on how we can fix it," he says.

"And I'm sure everyone else is in the same boat. If we knew how to fix it, we would fix it."

A technical bulletin about the rule change says tests showed "the cab elastic stiffness is significantly reduced" by modification, so it could get crushed in a rollover.