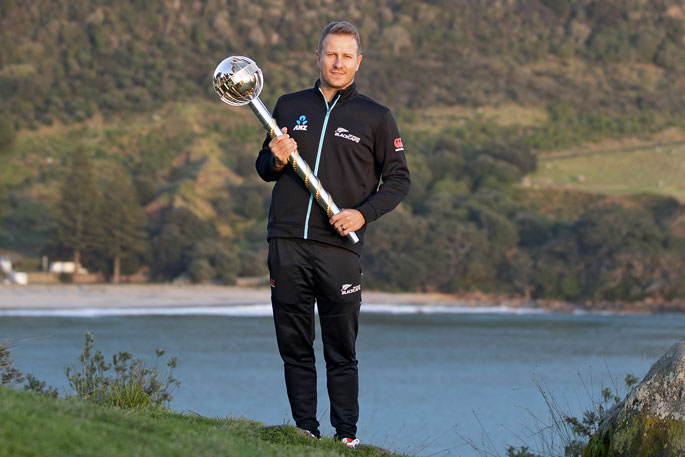 Members of the world conquering Blackcaps cricket team are in Tauranga today showing off the distinctive Mace trophy they secured by beating India in the ICC World Test Championship last month.

Pāpāmoa-based bowler Neil Wagner and Ōmokoroa’s bowling coach Shane Jurgensen will both be present as the trophy tour rolls through Tauranga Intermediate School this morning, along with BJ Watling and Mitchell Santner.

Upon returning from their impressive win in England, a stay in MIQ stopped them in their tracks but they are now on the road and sharing their win with the nation.

Wagner, speaking to SunLive after taking in the sunset at Moturiki (Leisure Island), has already been in Auckland showing the Mace around, and admits the response so far has been overwhelming.

“It’s been pretty amazing,” he says.

“It is starting to hit home a bit now by seeing the public response and seeing what it meant to them.

“The response has been humbling to be fair. It has been an amazing response and to see people falling in love with test cricket again and seeing what it has meant to them has been amazing.”

The South African-born Kiwi, who has called the Bay of Plenty home since 2018, is now hoping the trip to local schools can inspire the next generation of Blackcaps and White Ferns step up to the crease.

“It is definitely worth celebrating and inspiring the next generation to be able to want to play cricket and represent their country which is pretty awesome,” he says.

“I have been fortunate enough and lucky enough to do this as a job. But we were there, in those seats at school watching our players and wanting to aspire to be them so hopefully we do that for young kids as well and be role models.”

After visiting Tauranga today, the Mace will be on route to Hamilton this afternoon and will continue through New Plymouth, Palmerston North, Wellington, Christchurch, Dunedin and Invercargill.

Couldn’t give a crap. This Government is treating people like second class human beings while the elite carry on as normal.