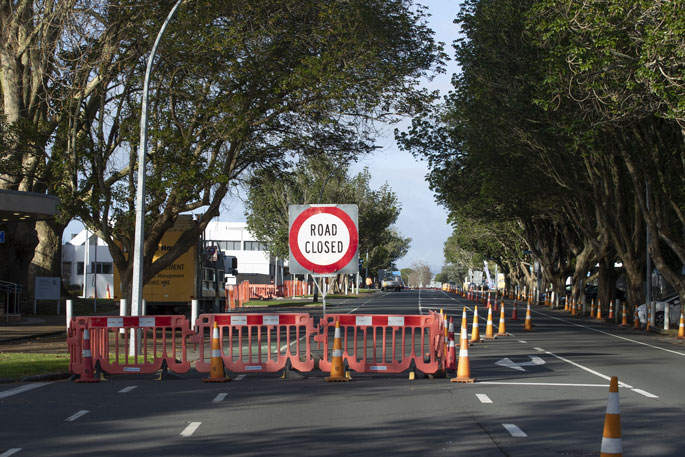 A number of people are reporting major traffic delays around the Tauranga CBD.

Major road works are now underway on Cameron Road, affecting the stretch of road from Harington Street to Elizabeth Street.

Motorists have reported to SunLive that the CBD is gridlocked this morning.

“I drove from the Mount and the traffic is crap,” says one reader.

Another reader says the works added about 20 extra minutes to her morning commute.

Over the coming months around 3km of sewer pipes, some of which are over 100 years-old will be upgraded underneath Cameron Road, along with connections to properties and side streets.

This will affect the stretch of road from Harington Street to Elizabeth Street.

The works were due to be started on Monday, but have been delayed to today due to wet weather.

Tauranga City Council expects the works to take up to three months to complete.

After contractors have completed stage one, they will move to the second stage - upgrading the wastewater pipes between Elizabeth Street and 6th Ave.

The wastewater upgrade is funded through the City Waters Capital Budget at a cost of $10.9 million. 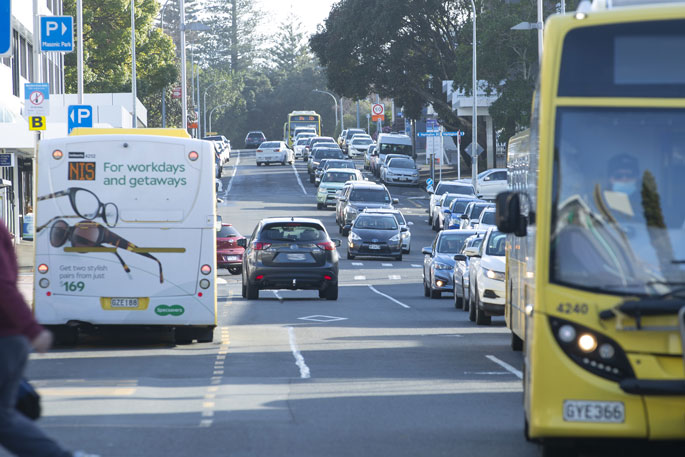 Traffic delays are being reported in the CBD this morning.

Road users are being cautioned that this work, combined with safety improvements around the Farmers development, will cause some delays for commuters.

Council’s director of transport, Brendan Bisley, says while steps are being taken to minimise disruption as much as possible, commuters are being asked to allow extra time for traffic or use one of the suggested alternative routes listed on the council website if possible.

“We thank those people who live, work and commute along Cameron Road in advance for their patience while we undertake this essential work which will benefit our city for decades to come.”

Traffic will be impacted during the day and at times during off-peak hours at the section of road being worked on.

Sections of the eastern side of Cameron Road and some side streets will be closed to motorists and detours will be in place. 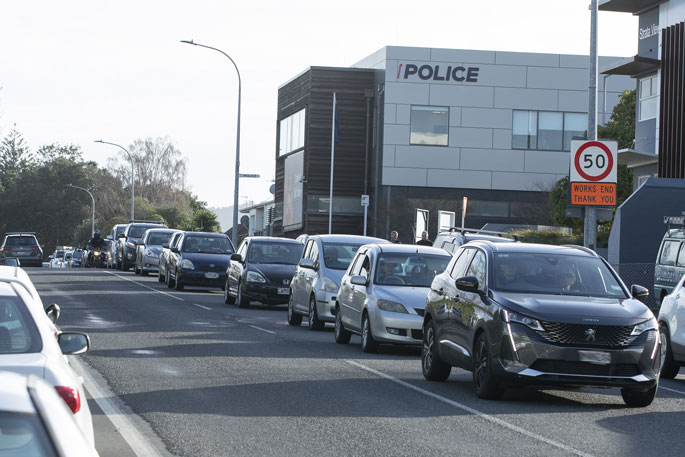 Traffic built up on Willow Street this morning.

take it out of councils wages.

After this there will be the Cameron road project ongoing our most important road. So the alternative routes will jam up too. A track record of over time and over budget, we shall see. Last time I used route K jammed at Tauriko exit for ages , .

I have nothing against rightful progress. You’re right there was adequate warning but what there wasn’t, was adequate planning. Enough notice or not does not justify gridlocking a town like this for different works that could have easily been staggered.

Folks its simple they want everyone to either walk, bike or take a bus. So when you got your hands full of groceries (because they banned the plastic bag) and you have to board a bus along with the rest of the population just remember who it is putting this on the nation.

Everyone had fair notice where and when this was gonna happen and there are at least two alternate routes. Get over yourselves and let a little progress happen in this town.

Spot on right. Why in the world would they not stagger the works instead of coinciding with everything else currently being worked on. Utter insanity and a disgrace to TCC. Why not just put a detour up that skirts town altogether. Stuff the poor retailers that are trying to hang in there. Surely nightworks would make more sense.

Greerton, Tauriko are prepared for the extra visitors! Why bother with Tauranga CBD any more? Feel sorry for those who have to face this mess for work, but for the rest of us, the choices are obvious. No more Tauranga Library for me, no more dining down town....