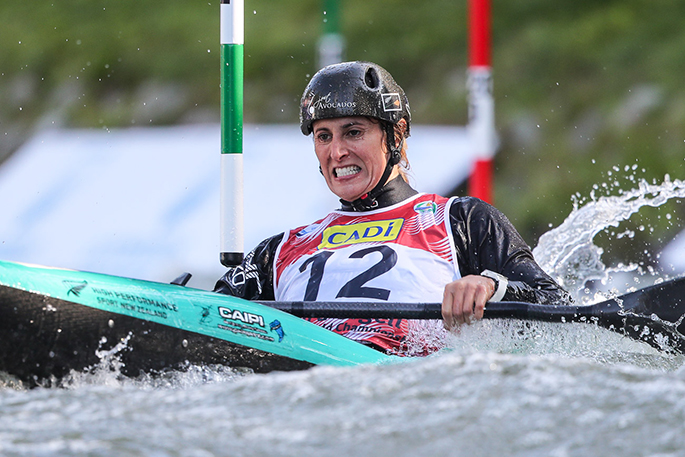 Jones – who won silver in Rio five years ago – qualified fifth fastest of the top-10 from the K1 semifinal and clocked a time of 110.67 seconds in the final.

She rued a couple of slow gates, notably late in her run when she became fully submerged and lost vital time.

She needed the final four paddlers to all record slower times, and only one of them did, leaving her sixth.

In a dramatic finish, Ricarda Funk of Germany (105.50) won gold from defending champion Maialen Chorraut of Spain (106.63), as world No 1 and three-time world champion Jessica Fox of Australia won a second successive bronze after a vital 4sec of time penalties reduced her to 106.73, leaving her shattered.

Jones still has the C1 (single-blade paddle) to contest, with those heats on Wednesday.

The 32-year-old from Tauranga was contesting her fourth Olympic Games and looked a medal contender throughout the two-day competition.

She was third-fastest after the heats, and fifth-fastest in the semifinals including 2sec of time penalties.

In the high-pressure final, Chorraut set the early pace and Jones entered the water sixth with her Spanish rival as the one to beat.

Jones started well, had a sluggish gate six, and looked on target for a good time but found trouble late as she almost appeared to roll her kayak in the churning water.

She crossed the line knowing a medal was likely gone and held her head in her hands, having split Chorraut and Fox in Rio 2016 after being seventh-fastest in the semis.

Funk applied the pressure with a blistering run then it was all up to the Australian gold medal favourite, who was quick but rued two minor touches on gates that cost her a coveted gold, the one thing missing from her glittering collection.