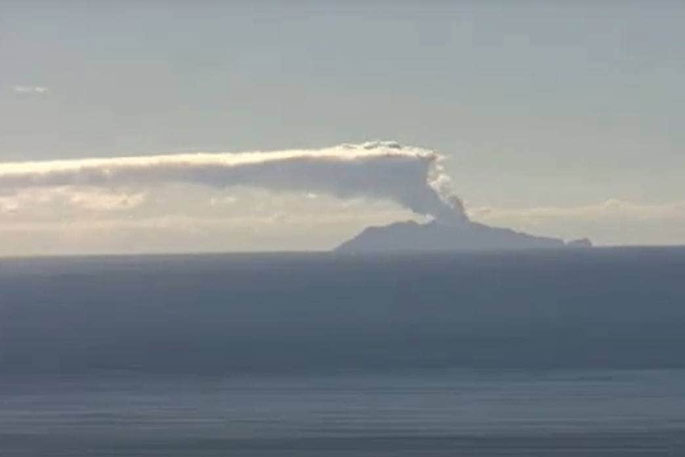 Plumes of gas and steam were seen rising above Whakaari/White Island on July 16, 2021. Screengrab/GNS Science/Youtube

Whakaari/White Island has gone up to alert level 2, with signs of very hot gases coming from the island.

In a statement, vulcanologist Yannik Behr says there's uncertainty about what is driving the current activity at the volcano.

Gas levels remained high, including signs of very hot gases since June 30, but the makeup of the gases had changed.

The ratio of carbon dioxide to sulphur dioxide had decreased, pointing to a degassing of fresh magma.

“Most scenarios are consistent with a slightly increased level of unrest at Whakaari/White Island, and we have therefore raised the volcanic alert level to 2 (moderate to heightened unrest) and the aviation colour code to yellow.

“There are no obvious signs of eruptive activity,” Behr says.

The December 9, 2019, an eruption on the island off the coast of Whakatāne left 22 people dead and 25 people with severe or critical injuries.

Recently, very hot gases (from 498 to 654 degrees Celsius) were being emitted from some of the vents on the 2019 lava extrusion, according to observations.

Plumes of gas and steam could be seen rising from the island from the Bay of Plenty coastline on July 16, 2021.

But eruptions can still occur with little or no warning.

Behr says GNS Science and the National Geohazards Monitoring Centre were continuing to track the volcano but monitoring equipment had degraded to the point where real-time monitoring was unavailable.

“We are relying on satellite data, inconsistent GPS data, regular gas and observation flights (weather permitting) and two webcams, one of which is significantly degraded.

“We are continuing to work on options to restore our monitoring ability.”