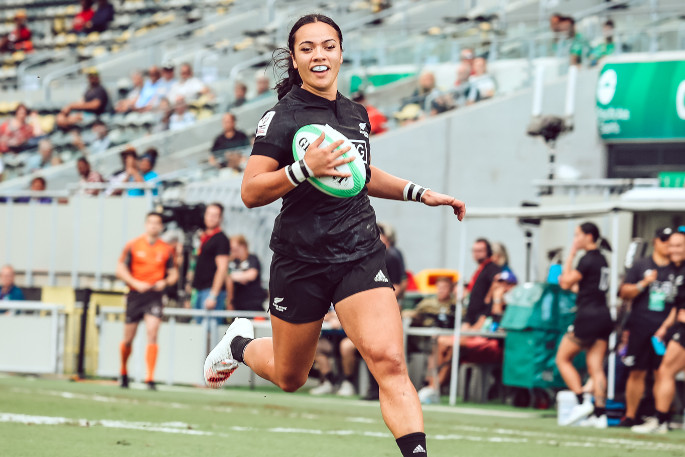 There is something in the water in Ruatoki.

The Eastern Bay of Plenty district is home to around 600 people, but despite their low population, two members of this community will be participating at the Olympic Games in Tokyo.

The duo have come a long way from running around the paddock at Tiwi Black Park, where Ruatoki Sports and Cultural Club is based.

The ground is named after Fluhler and McGarvey-Black’s koro, and representing their Ruatoki whānau is a huge incentive for both Olympians.

“I felt quite overwhelmed when I found out I’d made the Olympic team,” says McGarvey-Black.

“I am happy to represent the people who have played a big part in my life. My family. My iwi, my hapū.”

McGarvey-Black always dreamed of competing at the Olympics. A speed machine, athletics was his goal as he grew up watching previous editions. But to do so playing the sport which is so integral to his community is extra rewarding.

“To be doing it in rugby, especially coming from a strong rugby valley, it’s that more special. Now I hope you get kids from home striving to do the same thing.”

Fluhler, whose brother Beaudein is also a top rugby player, is also hopeful her success can help inspire the next generation from her home patch.

“Coming from a small town makes this achievement more special,” she says.

“Being able to inspire so many others from small towns is special - allowing them to realise you can make it big on the world stage even though you come from a small place.

“The realisation is that you don’t need everything to become successful. You make do with what you have and that passion and motivation can take you a long way if you really believe in yourself.”

As well as the two Olympians, Super Rugby star Otere Black also grew up in the area.

The achievements of their young stars is not lost on the community.

He coached the latter, calling it a “privilege” and praising the “mana” he brings to the club, where he remains a regular on the sidelines.

He also heralds Fluhler, for her continued contact with the club.

“I know both are proud to be from Ruatoki,” he says. “They have both grown up around sports-orientated whānau, and sport is in their blood.

“The whānau of both players always keep them grounded, but both are the humblest people you could come across.

“All the Ruatoki community are so proud of their achievements in the sport of rugby.”