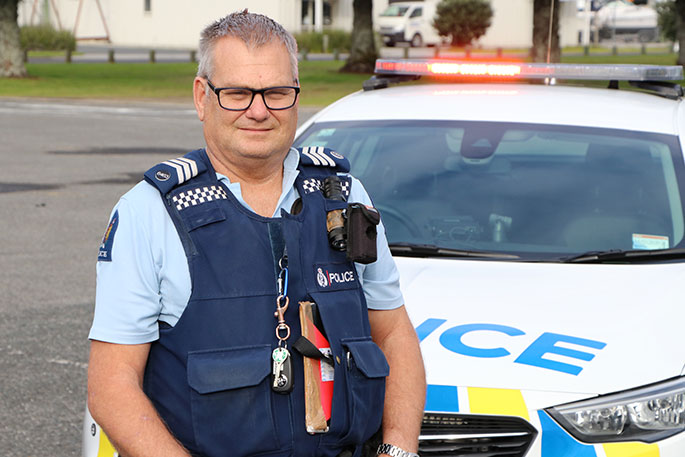 Reducing speed is one of the most effective ways to bring down the rate of deaths and serious injuries on Tauranga roads.

A common misconception is that with lower speeds comes much slower trips. In fact, the impact on journey times is marginal or even non-existent; with factors like traffic lights and intersections having a greater effect.

When crashes occur, it’s not just drivers and passengers being harmed but other more vulnerable road users too; like people walking and people on bikes.

In that time, nine pedestrians have lost their lives and three people on bikes have been killed.

Tauranga is one of New Zealand’s fastest growing cities and with an ever-increasing number of road users, the enduring notion of 50km/h for urban roads and 100km/h for rural roads is no longer fit for purpose.

Those speed limits don’t consider the unique characteristics of each road where a bad decision, distraction or poor weather can lead to tragic consequences.

Even the best drivers make mistakes, and New Zealand's roads can be challenging. Good speed management gives drivers the cues they need to judge the safe and appropriate speed for the road they're on.

Waka Kotahi NZ Transport Agency’s Road to Zero sets an initial target to reduce deaths and serious injuries on New Zealand’s roads, streets, cycleways and footpaths by 40 per cent over the next 10 years.

Tauranga Police Senior Sergeant Wayne Hunter says vehicle speed determines not just the likelihood of a crash, but the degree of damage too.

“The severity of injuries in a crash is directly related to the impact speed of the vehicle, whether or not speeding was a factor.”

Even a 1km/h change in speed can make a difference in whether someone survives a crash. In a collision with a car the probability of a person walking, or cycling being killed or seriously injured increases rapidly with relatively small increases in speed.

Senior Sergeant Hunter says it is important to remember that speed limits are just that – limits, not targets.

“Many drivers aren’t aware that they can be travelling at the speed limit and still be driving unsafely. “The speed limit is the maximum legal speed that you can travel at on the road in perfect conditions.

“However, road conditions are rarely perfect. As a safe driver, you’ll have to look out for changes in traffic, road and weather conditions, and reduce speed accordingly.”

Waka Kotahi NZ Transport Agency research found that for local trips where the maximum speed was reduced from 50km/h to 40km/h, travel times increased by only about 11–42 seconds.

It really begs the question, what’s the rush?

Even if there is 30 seconds to be gained the benefit is overshadowed by the potential harm and the enormous social and emotional impact of crashes. As well as the deaths and injuries on Tauranga roads the social cost is estimated at a staggering $445 million dollars over the past five years.

Amending speed limits can make a big difference in preventing deaths and serious injuries and Waka Kotahi NZ Transport Agency are currently identifying and reviewing roads where communities are calling for change.

...WILL reduce damage and death IF YOU CRASH. If you don’t crash, it will just make you late... People should learn defensive driving as an essential skill for using NZ roads. We could easily remove ALL damage and death caused by cars if we ban them and go back to horses. (We’d get a good source of free fertilizer, as a spin-off...) Of course the lycra brigade will say THEIR solution is the right one, but transporting things like logs on a bicycle, is not really practical. You can avoid all the stress and mayhem by just staying home...

Its speed and idots using there phones why driving. Thats whats wrong people carnt seem to leave the dam things alone . What is so important that you carn wait pull over and use them. People on the even police ive seen txting why driving people need to stop playing with there phones you speed up slow down your head moved up and down your eyes move up and down looking at your phone how i see it if ya get caught you loose ya car and licence for 6 months then if caught again you loose your licence for ever and cart get one same with ya car if caught driving a car even if its a freinds car its gets crushed then u idoits using phone that are cusing the crashes

Focus on speed not working

Announced speed reductions in some roads probably getting on to a year ago. Still nothing ! ? A petition went to council much further back for Pyes Pa road for the shopping center , schools, and retirement village . Still the speed is 60 ( plus) . Over four years there have been crossing islands demolished , car crashes etc. There is also a need for a proper crossing to line up with the pedestrian ramp into the shopping centre as it’s so dangerous trying to get to the shops. So yes please still waiting for a reduced speed to 50...for literally years .

i totally agree, these people have not got a clue, reducing speed limits will not help, its the dick head drivers that’s the problem, and there is plenty of them in nz its full of them, more driver training that’.s needed the modern car needs highly qualified people behind the wheel so driving tests need to take that into consideration, somebody who has just passed their driving test can then go out and by a 3.5 litre engined bmw they are going to kill somebody sooner or later.

What distance is the 11 to 42 seconds based on please? That is a ridiculous statement by NZTA. Wayne should also be aware that when speed limits are set, "worst case scenarios" are taken into account so speed limits have tolerances built in to allow for varying driving conditions. A mere 42 seconds actually adds up over a lifetime. This is equal to 84 seconds per day for a return trip; 588 seconds per week; 28,224 seconds per year; and 1,382,976 seconds per working life (49 years). It all adds up to a lot of time lost due to reducing speed limits as a result of the occasional poor driver, or neglect by the Government to build new roads to handle increased volume!!

What is never discussed is the extremely poor standards of New Zealand drivers, the fact that insurance isn’t a minimum requirement and the extremely low level of enforcement vehicles visible on our roads. How can we judge the true abilities of a driver after a twenty minute drive around the block that may have happened ten years ago or more. And then we trust bad drivers to teach the next cohort. How can you learn good skills and habits from someone that doesn’t have them to begin with...?

Utter crap and I suggest Wayne goes back to school to learn some simple math before moving on to some advanced math. The simple math will include how far one can travel at various speeds. This shouldn’t be too difficult to understand because the clue is in the ’title’. Based on a simple straight line if I travel at 80km/h I will travel 80kms in one hour.....not taking into account traffic lights, roundabouts and slow drivers. However, if I travel at 100km/h I will travel a distance of 100kms in one hour. So, quite a significant difference which Wayne doesn’t seem to understand. Then for the more advanced math.......statistics. The crash rate, death rate and serious injury rate have actually plummeted if you take into account the huge increase in traffic in our region. So the misconception is that rates have gone up - they haven’t!!