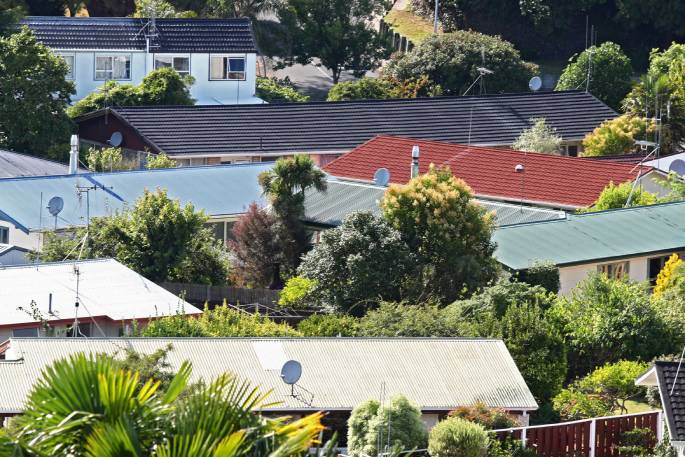 More than a third of Bay of Plenty properties were sold by auction during June. Photo: File photo.

Auction rates have hit new highs over the course of the current housing market boom, but there are questions over whether the sales method will remain so popular when the market slows.

New Real Estate Institute information shows more than a quarter of properties were sold by auction in June. That is the highest percentage of auctions for a June month since records began in September 2005.

Auckland had the highest percentage of auctions, with 41.9 per cent of properties selling under the hammer in June. It was followed by Bay of Plenty with 37.8 per cent and Gisborne with 34.1 per cent.

The Bay of Plenty, along with Canterbury with 28.2 per cent and Waikato with 21.7 per cent, had the highest percentage of auctions for a June month on record, while Northland with 27.4 per cent had its highest-ever percentage of properties sold via auction.

These figures were significantly up on recent years. Real Estate Institute information shows that back in June 2017, auctions accounted for 14.1 per cent of sales nationwide and 23.7 per cent of Auckland sales.

Real Estate Institute chief executive Jen Baird says traditionally the summer months are the busiest periods for auctioneers and the percentage of auctions then cools over the winter months.

But that has not been the case this year as auction rooms have continued to be busy in many parts of the country, she says.

“The rationale is that auctions are a good way of finding the value of a property when the market is moving quickly and that has been the case across the country for some time now.

“We’re also seeing a trend of Kiwis being more comfortable with auctions which is evident from the fact there is now a good number of auctions in places such as Northland, Waikato, and Canterbury.”

However, the consensus among economists is that the market will ease over the coming year. In the past, a quieter market has led to a significant drop in auctions, but that may not happen again.

Ray White New Zealand’s chief auctioneer John Bowring says the number of auctions remains at a high level and there continues to be a strong depth of buyer registration and bidding activity.

Auction numbers have eased slightly in recent months when compared to earlier in the year, he says. “That’s largely because listing numbers are down, and it’s also a pretty typical, cooler winter market.”

But the recent market heat means more agencies have learnt how to run a good auction and that is being reflected in the increased use of auctions nationwide, Bowring says.

“In a market like this, it is the quickest method of sale, and it will get you the best price. Our data shows sellers who went to auction were rewarded with almost 11.81 per cent more than the highest offer prior.

“Days on market are lower when an auction process is at play. These things make it a very attractive process for sellers.”

He says the trend towards more auctions will continue to ramp up and remain strong, even if the market slows. “In a slower market, you get an unconditional sale via an auction, which allows the seller to move on more quickly.”

Bowring says data was not kept on auction bidders at the time of the global financial crisis. “But I think they probably fell to about one as an average across the country, so there’s quite a difference now.”

Aaron Davis, national auction manager at Harcourts, agrees there has been an increase in registered bidders. He says there was an average of 3.2 over the April to June quarter, compared to 1.9 in the first quarter of the year.

“The market has matured and people are more open to the results that can be achieved via auction. Whereas once we had to convince people to go to auction, increasingly it is the norm.”

A widespread lack of housing stock is likely to hold auctions back over coming months, he says.

“Demand is still there and properties coming on to the market are snapped up. Success rates under auction are high, and I can’t see that changing any time soon. Unless there is a sudden increase in supply, the market will keep marching on.”

People are savvier sellers, and buyers, these days and that means auctions, which demonstrate the market value of properties, are here to stay, Davis says.

But auctions are not universally popular and this sentiment could come to the fore in a quieter market.

Bowring says Wellington has not been a big adopter and agencies there prefer to use a tender sales process. Real Estate Institute information shows just 6.5 per cent of Wellington sales were by auction in June.

Some agents are not keen on auctions, either. Green Door Real Estate principal Mike Harvey once led an anti-auction campaign as he believes auctions are not good for sellers or buyers.

Auctions create an unnaturally pressured environment for all involved, and they mean the value, and price, of a property is set by the second-most committed buyer, Harvey says.

“They mean it is never known how much the buyers are willing to pay, only the reserve, or the lowest the seller is prepared to accept. That’s not great for the seller.”

Another complaint is that auctions are not in the best interest of buyers, particularly first-timers, as they often struggle with the competitive process and find the requirements challenging.

Loan Market mortgage adviser Zane Torkington says the problem is that potential buyers often have to pay due diligence costs of anywhere from $400 to $2500 to buy safely and have a chance on a property.

Spending this kind of money first, with the only price guideline in many cases being the agent indicating to buyers the lower end of the scale which gets them invested, is not great for buyers, he says.

“If people knew what other buyers were willing to pay first, or had an agreement on purchase price first, they could decide if they would pay that.

“They could then pay those due diligence costs only if they would, without having to pay them before they can even bid.”

Torkington says many buyers end up overpaying to secure a property because they feel desperate after having sunk costs and then missed out at previous auctions. “Or some buyers skip some key due diligence and take massive risks.”