Weather outlook for the week ahead 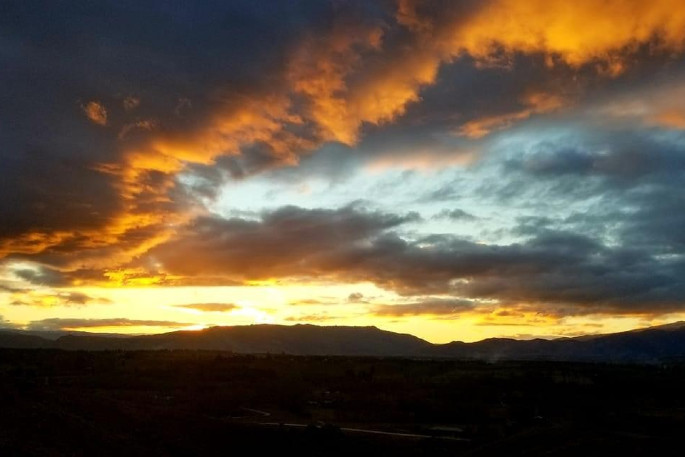 MetService advise that a strong north to northeast flow is covering New Zealand ahead of a front which is forecast to cross the country on Monday.

This will be followed by an unsettled westerly flow.

“The westerly flow gradually eases on Tuesday and a ridge of high pressure builds over New Zealand on Wednesday,” says a MetService spokesperson. “On Thursday, another front should approach the country from the Tasman Sea.

“On Monday, there is high confidence of warning amounts of rain for northwest Nelson and Westland south of Otira.”

“There is low confidence of warning amounts of rain for eastern Marlborough, and also much of the upper North Island from Taumarunui to Taupo northwards.

“In addition on Monday, there is moderate confidence of severe gale northeasterlies for Auckland, Taranaki and the central North Island hill country, while confidence reduces to low for Coromandel Peninsula, western Bay of Plenty, Waikato, Waitomo and Taupo.

“There is also low confidence of severe gale northeasterlies for coastal parts of Gisborne, Hawke's Bay, Wairarapa and Canterbury north of Ashburton, and for northern Westland, Buller, Nelson and Marlborough.”

MetService advise that there is low confidence of north to northwesterly gales becoming severe for a time in Wellington on Monday.

“No severe weather is expected for Tuesday to Thursday at this stage.” 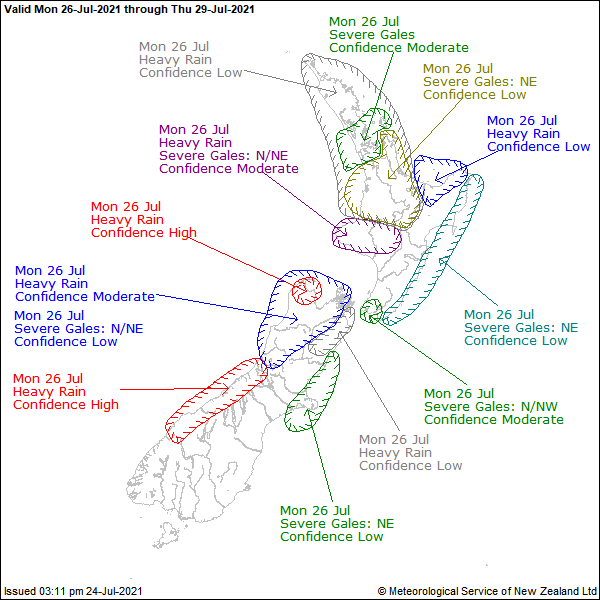