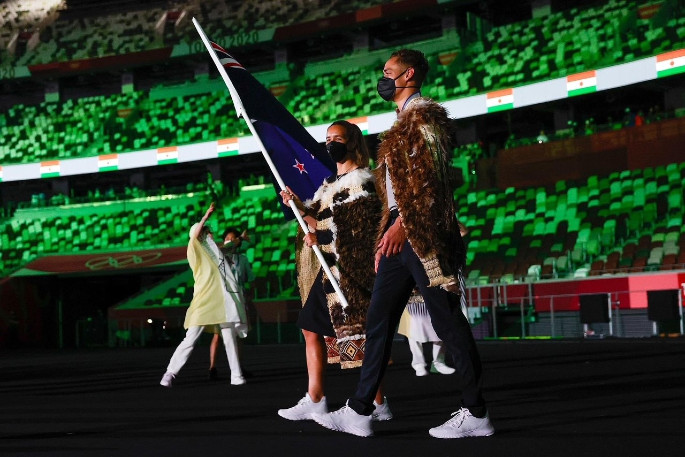 Japanese tennis star Naomi Osaka has lit the Olympic cauldron to mark the formal start of Tokyo 2020, in an opening ceremony shorn of glitz and overshadowed by a pandemic but celebrated as a moment of global hope.

Organisers also paid tribute to medical workers as athletes from across the world paraded into an almost empty stadium, their smiles hidden behind masks for the first time.

Normally a star-studded display teeming with celebrities, the ceremony was low-key, with fewer than 1000 people in attendance, strict social distancing rules and signs calling on spectators to "be quiet around the venue".

"With the world in a tough situation because of the coronavirus pandemic, I would like to pay my respect and express my gratitude to medical workers and all those who are working hard every day to overcome the difficulties," says the president of the organising committee, Seiko Hashimoto. 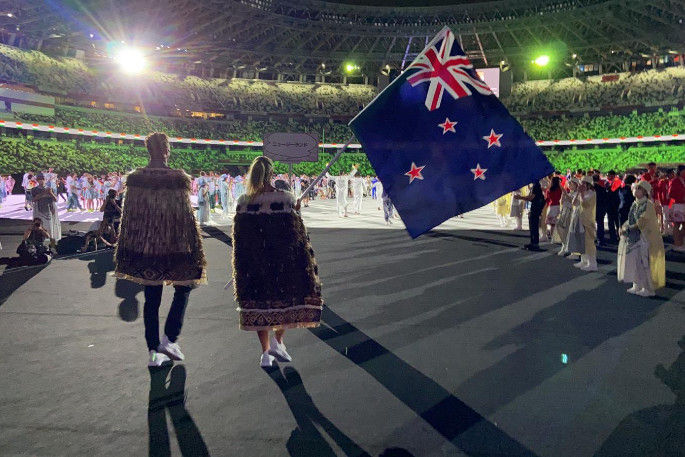 The ceremony climaxed with a fusion of traditional kabuki theatre - with its elaborate makeup and costumes - and a jazz piano improvisation, on a stage topped with the cauldron for the Olympic flame.

After being passed from baseball legends to children, the torch was handed to Osaka, who walked to the base of the stage, which split open to reveal a set of stairs as the cauldron unfolded like a flower.

She then climbed the stairs and lit the cauldron as fireworks briefly illuminated the sky. 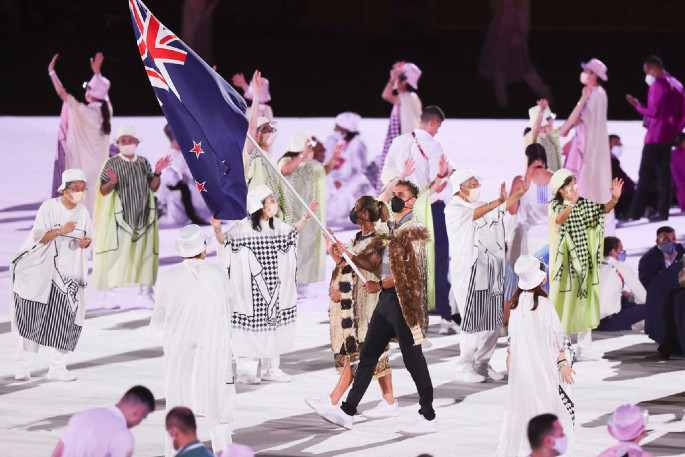 At the parade, most countries were represented by both male and female flagbearers in an Olympic first, but not everybody took pandemic measures. Teams from Kyrgyzstan, Tajikistan and the Pakistan flagbearers paraded maskless in contrast to protocol and the majority of other athletes.

Members of the Canada delegation wore patches in the colour of the rainbow, the symbol of the LGBT community, on their jackets. US first lady Jill Biden clapped the Americans as did France President Emmanuel Macron for the French team.

The Olympic oath, recited by the athletes at the end of the parade, has been updated for the Tokyo Games, with athletes swearing their commitment to inclusion, equality, and non-discrimination for the first time at the Olympics.

The opening also featured fireworks in indigo and white, the colours of the Tokyo 2020 emblem, and gave a nod to Japanese tradition represented by giant wooden Olympic rings linked to the 1964 Games also hosted by Tokyo.

The wooden Olympic rings have been constructed in the fashion of yosegi- zaiku (parquetry). The rings make use of wood that grew from the seeds borne by athletes from each of the participating nations to the previous Olympic Games in Tokyo. 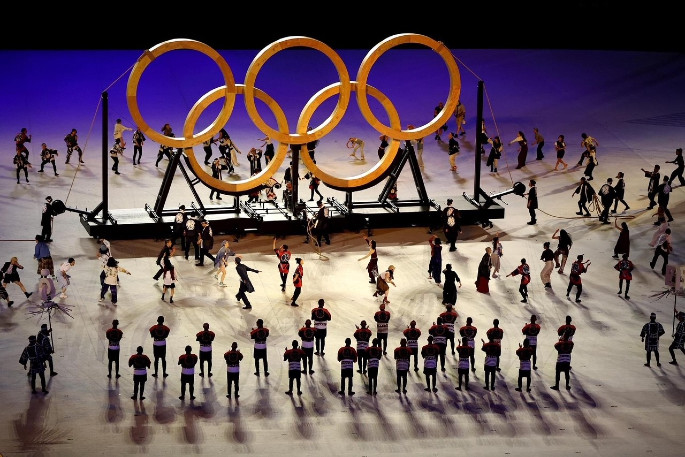 A vastly smaller number of athletes marched in the teams' parade, with many flying in just before their competitions and due to leave shortly after to avoid infections.

Delegations tried their best to liven the mood. Uganda, wearing bright traditional costumes, did a few measures of a dance, while the Argentine delegation jumped up and down on entering.

Postponed for a year, organisers were forced to take the unprecedented step of holding the Olympics without fans as the novel coronavirus is on the rise again, taking lives around the world.

The opening recapped Japan's path to the Games and the challenges the world has faced since the selection of the Japanese capital as host in 2013.

The opening video showed how the coronavirus struck in 2020, with lockdowns forcing the unprecedented postponement only four months before the Games were due to open, setting off a roller-coaster period of preparations in isolation for the athletes.

A moment of silence was held "for all those family and friends we have lost," especially to Covid-19, and mention was made of the Israeli athletes slain at the 1972 Munich Games. 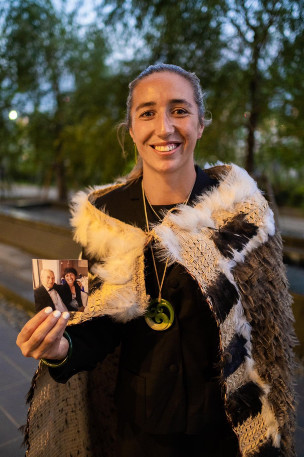 Black Ferns Sevens captain Sarah Hirini carried a photo of her parents with her into the Opening Ceremony. Photo: The New Zealand Team Twitter.

Japanese Emperor Naruhito and International Olympic Committee (IOC) President Thomas Bach, both masked, cheered on the athletes after bowing to each other before sitting down socially distanced.

"Today is a moment of hope. Yes it is very different from what all of us imagined. But finally we are all here together," says Bach in the opening speech.

"You struggled. You persevered. You never gave up. Today you are making your Olympic dreams come true," he said addressing the athletes.

Unlike his grandfather who opened the 1964 Games with a Japanese word that means "congratulations," Naruhito opted for a more neutral word in Japanese which is closer to "commemorate".

The ceremony was marked by major absences, including former prime minister Shinzo Abe, who wooed the Games to Tokyo. Top sponsors also stayed away, highlighting strong opposition to the event in Covid-fatigued Japan.

Hundreds of people protested around the venue yelling "Stop the Olympics".

Only a third of the host nation have had even one dose of vaccines, prompting worries the Games could become a super-spreader event. 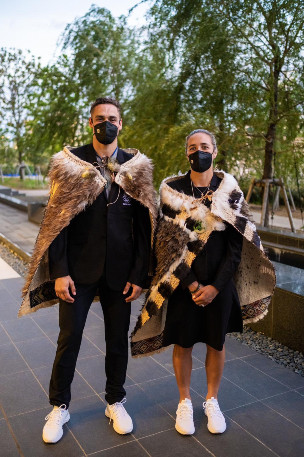 It doesn't matter how you spin it...

...this is just really sad. Commonsense would have postponed it, even though that is incredibly hard on the athletes. The tally now is over 70 people and rising every day; there is a real chance that they may HAVE to cancel it after having started it. My heart goes out to all concerned and I just can’t get the usual rush of excitement that occurs when Olympics are under way.