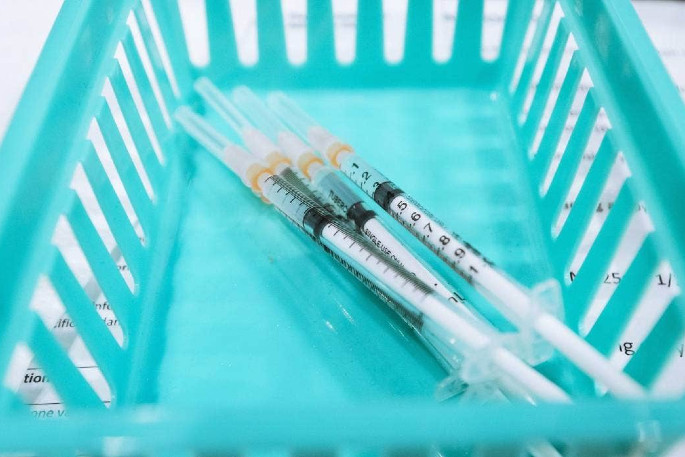 The aim of the pamphlet was to advise people of the Pfizer vaccine. Photo: Stuff.

Investigations are underway into how a Covid-19 vaccine booklet using Māori faces on cartoon virus figures was published.

The pamphlet titled “Let’s Give Covid-19 The Boot” was issued by the Bay of Plenty District Health Board and has now been withdrawn from circulation.

All cartoon images of the virus had tā moko [traditional Māori tattoos]; one was being kicked by a man in gumboots and another had a person in Covid-style protective equipment standing on it.

The brochure has been pulled after negative reactions.

"This is racism to the core of depicting mataora and Māori as the Covid-19 virus at its lowest," says Meng Foon - Race Relations Commissioner.

Labour list MP Tāmati Coffey described the publicity material as “wrong on so many levels”.

He raised concerns with DHB board chair Sharon Shea, and the DHB chief executive Peter Chandler who says he’s “absolutely appalled by the imagery”.

“Thankfully, she’s reassured me that she wasn’t aware of it and agreed, and it will be taken down immediately,” Coffey wrote in a Facebook post. 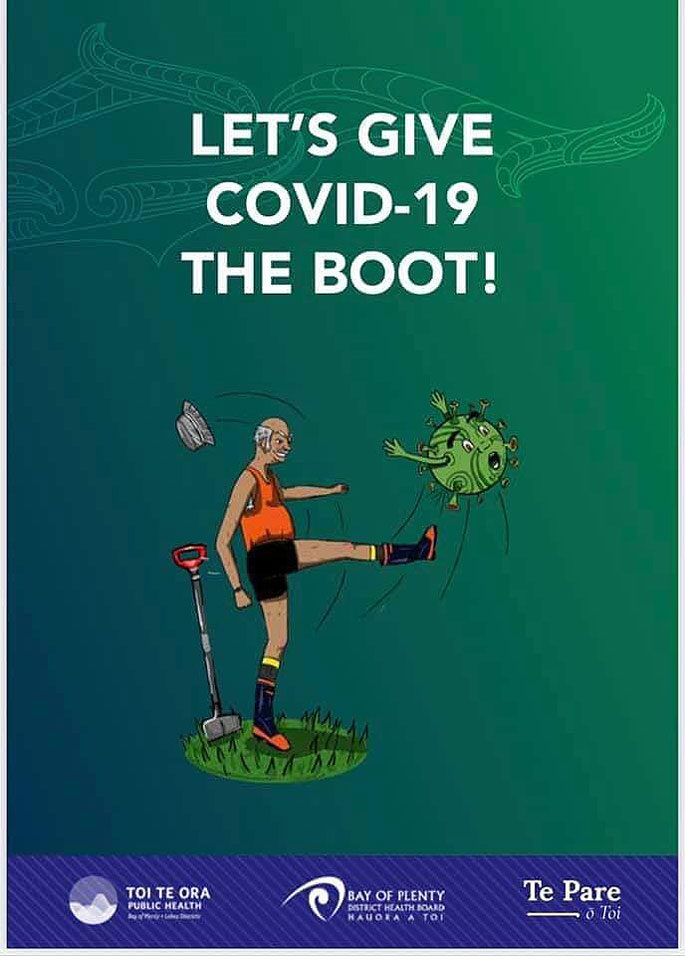 While Toi Te Ora Public Health’s logo was used on the pamphlet, the Tauranga health organisation has released a statement this morning saying they were not aware of any such booklet being produced.

"We are disappointed and dismayed that this booklet has been published,” says clinical lead Dr Phil Shoemack.

“Toi Te Ora Public Health was not involved with the development of the booklet and our logo was used without our knowledge or permission, and with no approval from us.

“We would never support material with imagery such as this." 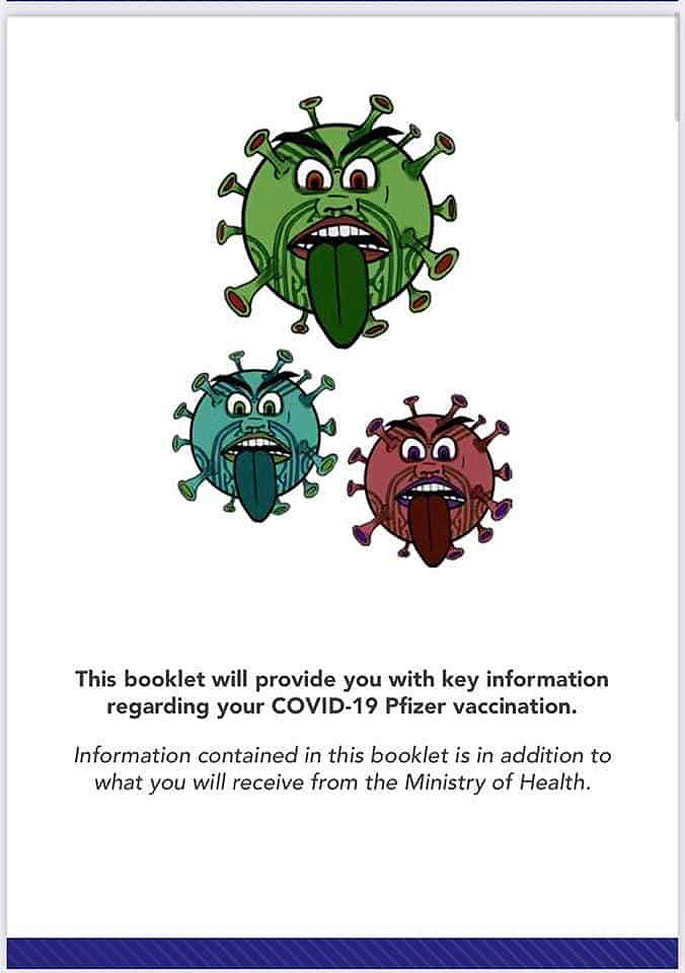 Pete Chandler told Stuff the brochure was part of ongoing Covid communications work and was created by a contractor.

A team had been working specifically on getting information out to Māori communities, but he didn’t want to give more details.

“Had this come to my desk, I can assure you it would not have been approved,” he says.

He was extremely disturbed to get a call from board chair Shea about 5pm on Thursday.

“To me, as Pākehā, that appeared to portray the Covid virus as a Māori character, and that's not okay,” he said.

There had been “an immense amount of feedback” on Friday and Chandler says he understands why people were upset.

“We unreservedly apologise as the DHB. We're going to try and put it right.”

It goes a lot further,

than painting Maori as "buffoons" it implies a complete misunderstanding of the reasons many Maori just don’t trust a clearly racist system. To rectify those feelings you don’t show a Pakeha giving the boot to covid. Nor do you characterise all Maori as Moko wearing mobsters. Even yadick can see the appalling imagery is an insult, and that says a lot.

Did anyone talk to the artist?

While they’re all getting hot under the collar, SOMEBODY drew this and SOMEBODY approved it. I would ask the artist what he/she was thinking and seeking to convey. To an unbiased observer (with no political axe to grind) I would agree it is, at the very least insensitive, and probably offensive . (But then it should never have been approved...). Suppose the artist simply wanted to depict Covid as an aggressive and fearsome virus, that is an opponent to be reckoned with. In the same way as a hostile tribe may have been viewed, by Maori, historically. Isn’t the image then apposite? Maybe. The sin is not necessarily intended offense, but simply insensitivity. Meng Foon loves to throw gasoline on fires like this as it justifies his existence. Before offense is taken we should hear from the artist. I believe it was probably quite innocent (but still unacceptable...)

I’m confused at the what the message is. Are they saying if you don’t get vaccinated they will send the mongrel mob round? I know they are now Government employees and we need to keep them busy but bullying is just not on.

How hilarious as the artist is a maori guy.

Who was the source of the designs ??? According to another media source, a "Māori artist created offensive pamphlet design with moko on cartoon virus" !~!

The brochure has been pulled after negative reactions. REALLY! What in world were they expecting? What were they thinking or not thinking? That imagery is absolutely appalling.

I Don’t Get It

How is this pamphlet racist?

No different to that TV advert. It just paints Maori as buffoons who need to be persuaded. This is what you get with woke left wing Governments. Patronising racism.