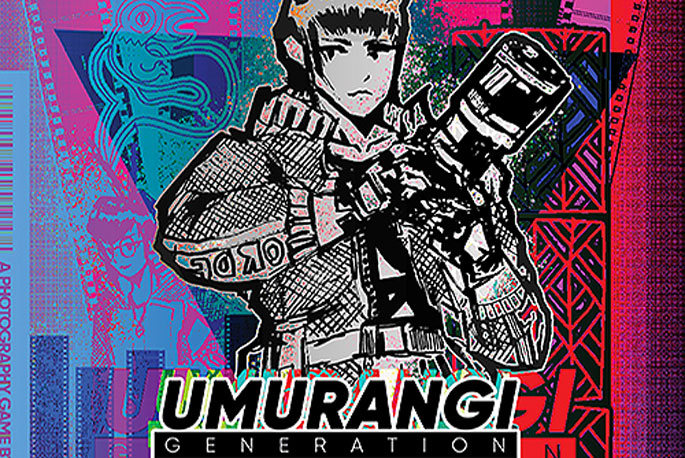 A New Zealand game set in the future has won the Seumas McNally grand prize at the 23rd annual Independent Games Festival Awards.

Umurangi Generation was named as the winner at a ceremony last night, which took place as part of the 2021 game developers conference virtual event.

The conference is the world’s largest professional game industry event.

He funnelled the loss of his mother’s house in the recent Australian bush fires into the dystopian video game where the player is immersed in a cyberpunk vision.

In addition to the grand prize, Umurangi Generation, designed and developed by Origame Digital’s Naphtali Faulkner, also won the excellence in narrative award.

"Umurangi Generation players act as a courier for the Tauranga Expres,s where they unlock a variety of photography lenses and equipment throughout the game," says a spokesperson for the conference.

"The game has the player moving about in futuristic Tauranga and surrounding whenua, taking photos while the Māori courier delivers packages in a neon-lit cyberpunk city unravelling through a global crisis."

It is a first-person simulation video game developed in English speaking territories and published by Playism for Japanese and Chinese enthusiasts.

With a heavy emphasis on creativity, the game allows the player multiple methods, techniques and opportunities for achieving their photography bounties, as well as complete freedom over any editing or effects put on photos.

"It utilises multiple unlockable camera and lens attachments to provide different effects, such as telephoto and fisheye lenses.

"The game takes place during an impending crisis, where major cities are walled off and the United Nations has deployed military soldiers."

The player travels around setting such as a rooftop party, a military checkpoint, and an evacuation train to take pictures along with their friends, Micah, Atarau, Kete, and a chinstrap penguin named Pengi.