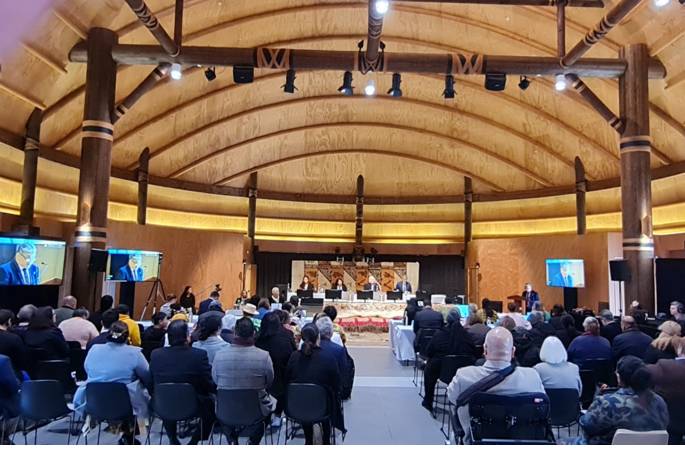 The umbrella term Pacific Islander or Polynesian has been criticised as degrading and insensitive.

Researcher Seini Taufa, who is a New Zealand-born Tongan, says the names are not indigenous terms and are insulting.

Seini is research lead for Moana Research and Senior Pacific advisor for the Growing Up in New Zealand Longitudinal Study.

She gave evidence to the Royal Commission into Abuse in Care's Pacific inquiry being held in South Auckland.

''I am called a Pacific Islander when I arrive at Auckland Airport. Elsewhere I am Samoan.''

Seini says lumping everyone together robs people of their true identity.

She says preconceived ideas around being called a Pacific Islander or Polynesian influenced the way Pacific people self-identify.

''While the umbrella term Pacific is useful when making global comparisons, it's futile when applied to actual people and groups of people who consider themselves not Pacific or Polynesian, but Samoan, Tongans, Fijians, Cook Islanders and so on.''

Seini says, in a New Zealand context, Pacific people have been marked for as long as they have settled in Aotearoa whereby the Pacific embodiment is interpreted differently from context to context.

''Pacific people thus construct their identities and live their lives at the intersection of positive histories, language and culture and negative and stereotypical ideas and beliefs produced by the dominant group,'' she says.

One young man, asked about his ethnic background, responded with Samoan, but was told by someone in authority that he wasn't, as he was born in New Zealand.

''As a young boy who relates being Samoan to Christianity, to family and to his mother, he is forced to adopt an identity that doesn't belong to him - a New Zealander - and, with it, the trauma of what he was exposed to in state care as a New Zealander.''

She says it spoke to the power held by a dominant group.

''To label another with little consideration of the detrimental nature of such actions.''

Seini says the importance of one’s ethnicity should never be doubted.

''I hope that it raises questions amongst those in the system to be more cautious of how they record, how they document and the fact that it can and has, through our survivor voices, had an impact on their wellbeing.''

Seini says there were inadequacies of ethnic classification and data collection in New Zealand, both past and present.

to be called any given name other the one you give yourself is a reflection of dominance and self confidence. As the lady states many people prefer to generalise the people with Pacific origins simply to package their own stereotypical identity and power. The irony here of course is that all, comment under a false identity. Many colonised nationalities have only recently been allowed to express their identity in a truly proud and self confident way. May it continue and may those who refuse to understand, gradually fade away.

...to be called "European", "Homo Sapien" or "Mate", "Cobber" "Bro’", even though I prefer "New Zealander" or "Kiwi". I don’t like "Pakeha" (flea-bag) and prefer "tauiwi" (foreign tribe) in the context of Maoritanga, but I don’t go bleating to a Race Relations Commissioner because I was referred to as "Pakeha"... I just accept that some people have no courtesy or grace. It is very hard to offend an honest person and I consider myself to be honest. "Polynesian" and "Pacific Islander" have never been pejorative terms but reactions like this one are seeking to make them so. Instead of jumping on a PC bandwagon, all she needs to do is simply say: "I’d really prefer you to call me Samoan; I’m proud of my heritage..." and smile. I have a number of Samoan friends and they don’t seem to have any trouble with smiling...

Where will it all end? At this rate it won’t be long before we all have to wear a placard around our necks which shows all the relevant information.

Apart from asking how does anyone know

I can’t tell the difference between many races by looking or even talking unless asking directly. I don’t see why it’s ok to be called European when that encompasses dozens of cultures. Nor is Asian that covers multiple people. Only yesterday I spoke mandarin only to find the people I was serving were Korean. I’m European and quite different to many but don’t find it offensive. Sad that people these days find reason to be upset unless of course someone is being deliberate so. I have undoubtedly made mistakes but never with any intent.

How absolutely pathetic. What a load of PC rubbish. How is this even newsworthy?