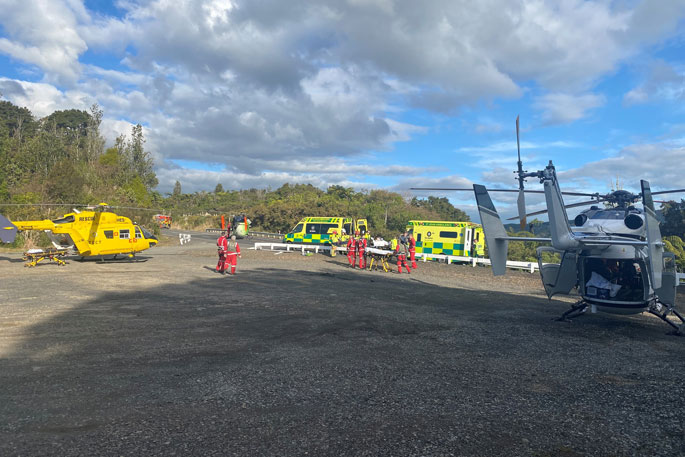 The need for emergency rescue helicopters is being highlighted by a recent multiple vehicle crash near Thames.

Several cars and a truck were involved in the crash on State Highway 25A/Kopu-Hikuai Road.

Other patients at the scene had sustained minor injuries.

“Missions like these would not be possible if it weren’t for generous donations from the public, allowing this life-saving and invaluable service to be available 24/7.”

People are being asked to help fund these helicopters but donating to keep the crews operational and rescue ready.

People can donate at www.rescue.org.nz