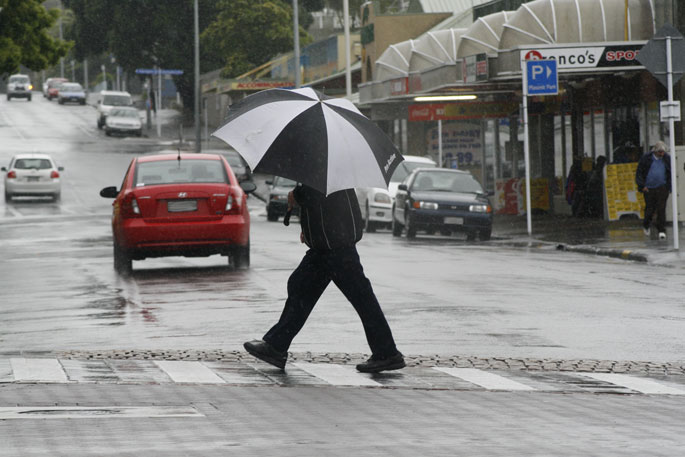 Rain is expected in the Bay of Plenty this evening. File photo/SunLive.

Another burst of heavy rain is coming in for the upper South Island and other western and northern parts of NZ along with gale force winds from the northerly quarter.

The wintry southerly weather pattern of a month ago is fast melting as a milder, windier and stormier west to north west pattern kicks in, says WeatherWatch.co.nz

"Rain is forecast today and tomorrow in the upper South Island and regions like Tasman, Nelson, Marlborough and even the upper West Coast may still have more slips with the soil so saturated. Rainfall totals aren't too intense though," says a spokesperson for the weather organisation.

"However, this Sunday and Monday another more active rain band is expected - and the northerly airflow will again guide that rain to push right into regions like Nelson and Marlborough with rainfall totals potentially exceeding 100mm in some areas.

"This may cause further slips and flooding. While it's not to the same degree as the rainfall last week, this event is still enough to prompt an advanced heads up.

"It's still early days and more time is needed to lock in the specifics." 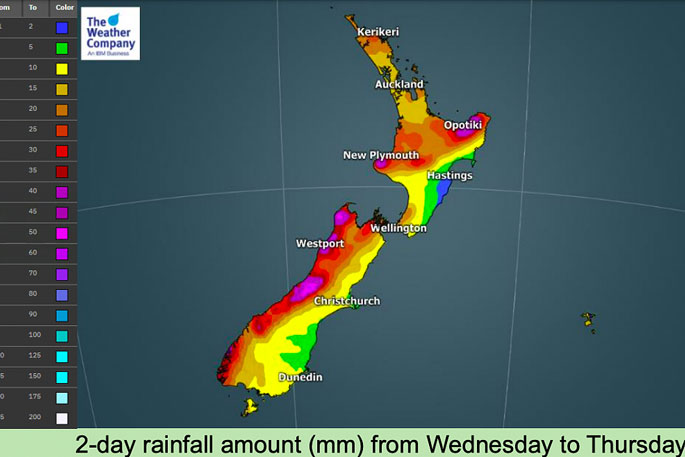 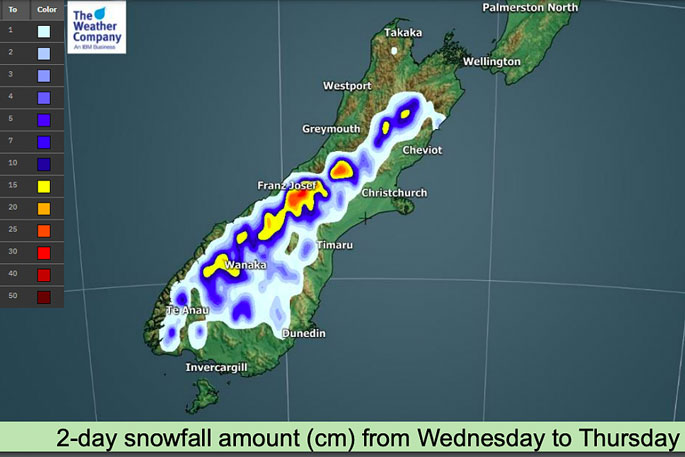 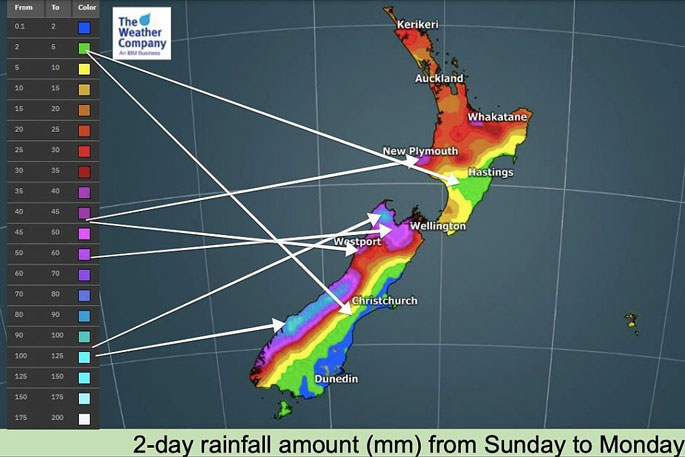