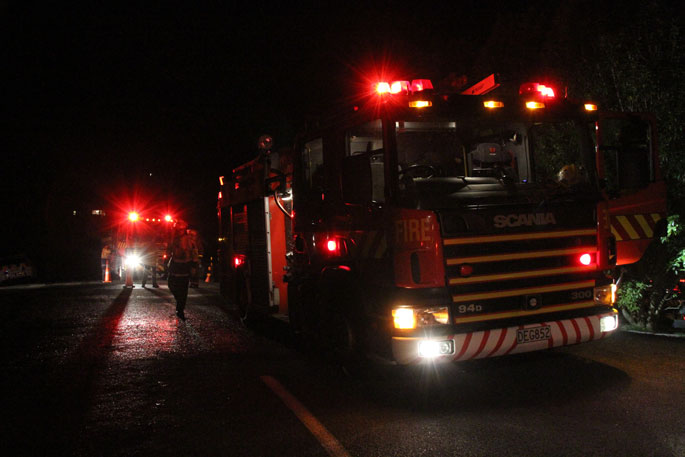 Firefighters were called to the fire just after 3am. File photo/SunLive.

Police are investigating after a fire at a cell tower near Tauranga.

Emergency services were called to the fire in Kairua about 3.10am on Wednesday.

She says police and the tower company needed to gain access.

A dry powder was used to extinguish the flames, and it was left in the hands of police.

A police spokeswoman says police are on scene and assisting Fire and Emergency New Zealand with the investigation.