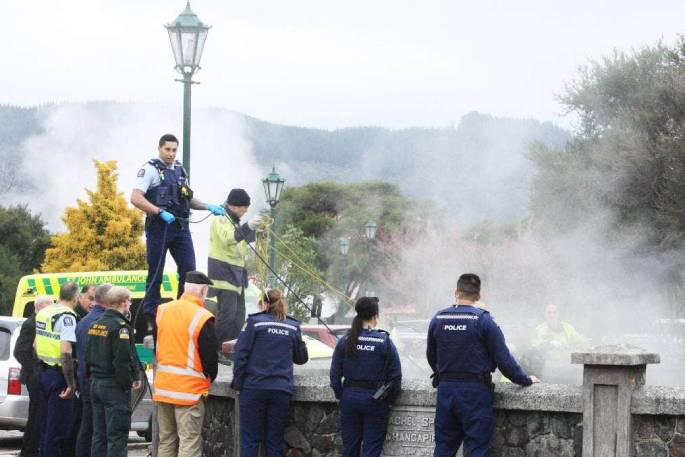 A body has been recovered from one of the hot pools in Rotorua’s Government Gardens.

Police, Fire and Emergency and St John staff have been at the scene on Tuesday morning where the body was removed from the Rachel Spring.

A police spokesperson says they were called just after 10am “to a report of a body”.

The cordon around the pool has since been lifted and a spokesperson says inquiries into the circumstances around the death are now under way.

Reverend Tom Poata was also at the site and performed a blessing once the body had been removed.