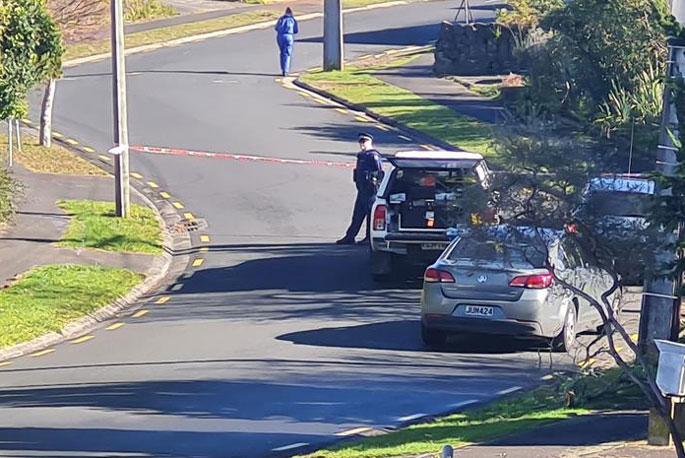 Police cordoned off a street in Hamilton after officers fatally shot a man at an O'Donoghue St property in Hillcrest. Photo: RNZ / Andrew McRae.

Officers investigating the fatal police shooting in Hamilton are appealing for any photos or video footage taken of the incident.

"Police investigating the incident are appealing to any members of the public who took any footage which can assist, and an online portal has been set up where footage can be uploaded.

"Anyone who was in the Hillcrest Road and O'Donoghue Street areas between 10pm and 10:30pm and who has any video footage or photographs of the incident, is asked to submit these to the investigation team."

Photographs and footage can be uploaded to the portal at: https://trugo.nzpolice.org/

Anyone else with information that can help is asked to get in touch with Police on 105.

The officer injured in a fall during the incident is in a stable condition and is expected to be released from hospital within the next few days, says police.

"A Police critical incident investigation is underway, alongside a Police Policy, Practice, and Procedure investigation and a mandatory Independent Police Conduct Authority investigation.

"Police intend to release the name of the man who died following this incident in the coming days."