Women on the SAR front line 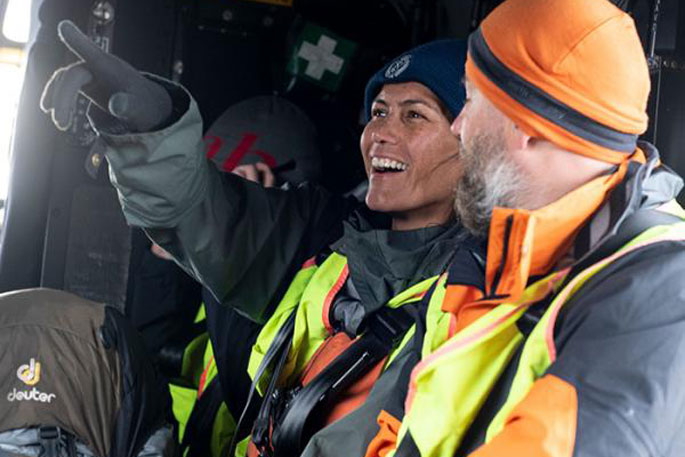 More women than ever are getting involved in Police Search and Rescue (SAR).

Of the 30 applicants at this year’s Police national SAR training, no fewer than 10 were female.

“It’s the most constabulary women we have had on a SAR training course so far that I am aware of,” says Senior Sergeant Rebecca Lockwood, Manager of Police Command and Emergency Management.

It’s good to see more women getting involved in SAR, especially in 2021 - the 80th anniversary of women in police and these women have a lot of experience to call on.

“These women - along with teams of volunteers from a range of organisations - risk their lives to find the missing, lost and injured and are a great example of teams working together for a shared goal,” says Rebecca.

“I’m pleased to see more women are getting involved in SAR."

We caught up with some of the women involved during SAREX, a challenging four-day training exercise which forms part of the two-week national SAR training run in partnership with the Royal New Zealand Air Force, at the RNZAF Dip Flat base in Tasman District in April.

“Trainees put all their learnings in practice with a search for four missing hunters in the Rainbow and Paske Valleys,” says Senior Sergeant Pete Theobald, National Coordinator: Search and Rescue.

“The air force assists by deploying teams to establish a radio repeater network, and then to specific locations in the search area directed by the Incident Management Team.” 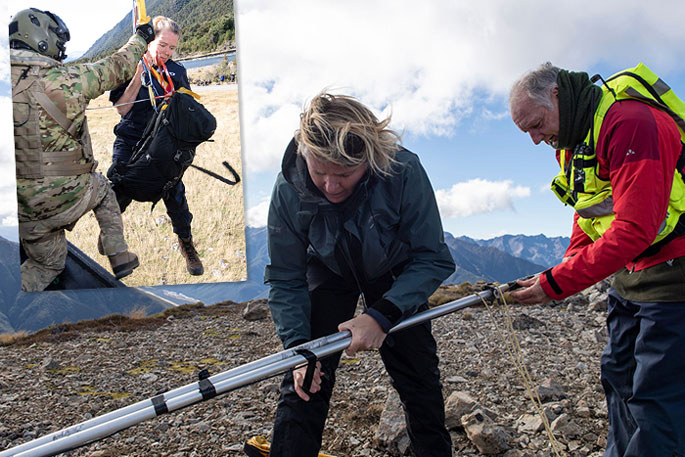 Course participant Constable Sarah Johnston, from the West Coast, has always been very active in the outdoors.

“Before Police, I worked in the outdoor industry for over 10 years being an instructor/ guide in caving, rock climbing and bushcraft.

“An opportunity arose about six months ago to join Police SAR on the West Coast, and I jumped at the chance.

“My first experience of the LandSAR in action was in Waitomo, being in a rigging team in a cave SAR job where a person had broken their leg.

“It was an extremely interesting two days rigging stuff underground with people I’ve worked with for years. It’s what inspired me to join SAR once in Police.”

Constable Abby McIlroy out on the mountains of the South Island and, inset, in rather different surroundings at her graduation. 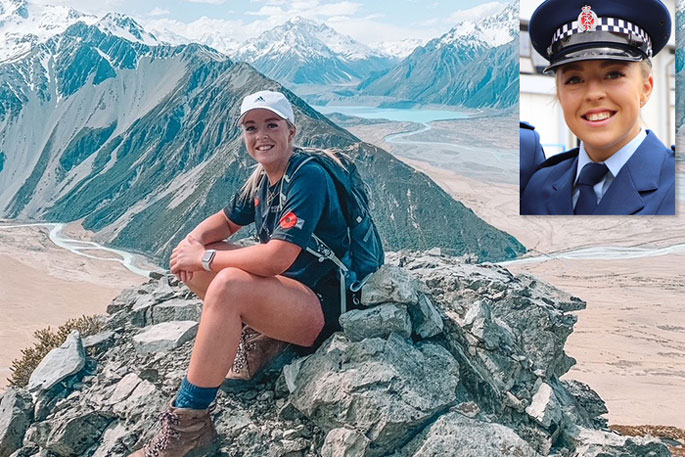 Constable Abby McIlroy, based in Timaru on a Public Safety Team, found the course highly rewarding.

“I took away many skills - such as navigation, search techniques, managing searches and what it takes as a team to be out in the field physically and mentally.

“It was one of the best experiences I have had to date – I recommend it.” 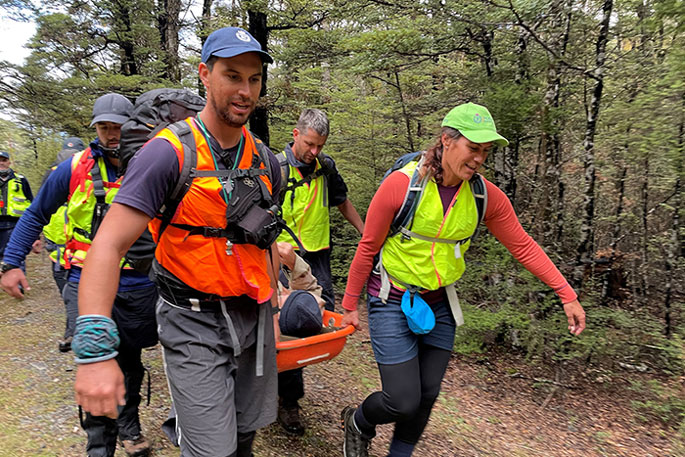 Constable Carren Walker was ecstatic to make it on to the Northland-based SAR team after a rigorous two-day selection course in 2019.

“I couldn’t believe it when I made it. There was such a sense of accomplishment and only those who have done it can appreciate what I mean by that. It was no walk in the park.

“We have had some great jobs. Most recently a tramper failed to return from a walk but was located a few hours later down a cliff, injured, and had to be airlifted out.

“It was great seeing resources come together for a successful search. As I sat there in the bush, wet and muddy watching the heli manoeuvre its way to airlift the person, I knew that this is definitely where I wanted to be and what I wanted to be doing.” 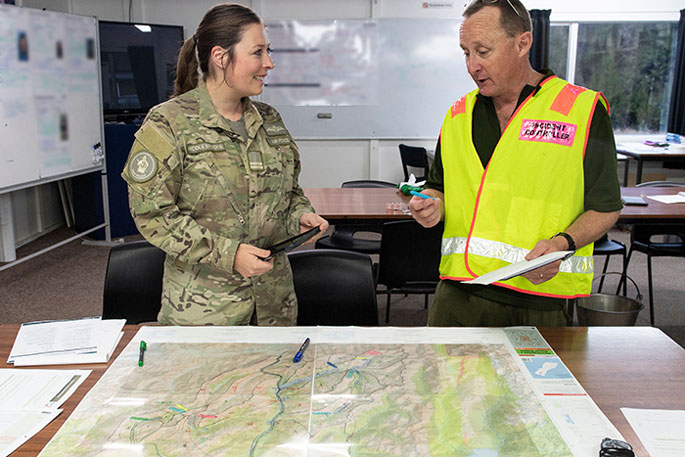 And to make this course a family affair, at the controls of the RNZAF’s NH90 helicopter during SAREX was Flight Lieutenant Nicole Brooke, a member of 3 Squadron based at Ohakea.

She has a long history with SAR, not least because her father is Sergeant Andy Brooke, OC SAR based at Palmerston North Police Station.

“I’ve been involved in Search and Rescue since I was 13,” she says.

"It was working with LandSAR and Police SAR that made me want to do my job - it’s great that I can now support the reason I decided to become a helicopter pilot in the air force.” 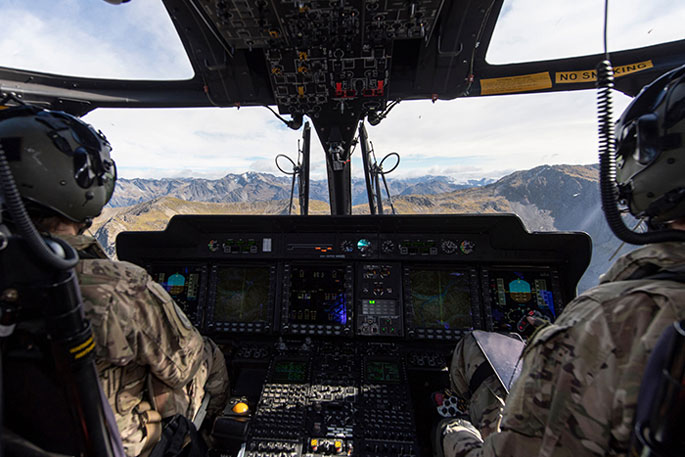 “Search and Rescue has definitely been a highlight, particularly flying on SAR operations locally with the teams I used to be a part of on the ground - great teams such as Police, Defence and civilian volunteers working together for a common goal to help those who need it.”

Dad Andy has been involved in Search and Rescue since 2004, participating in and leading many local and national searches and has spearheaded training for Police staff and LandSAR volunteers.

He was awarded the Queen’s Service Medal (QSM) for services to Search and Rescue in June. You can read more about that, here.