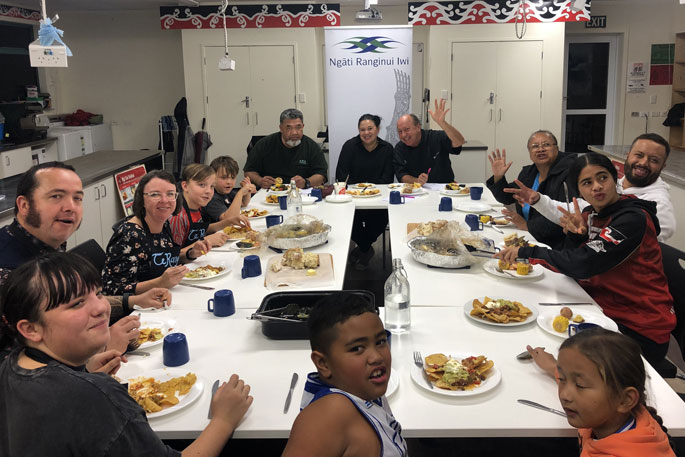 The Cameron Bidois and Nuku whānau had a cook-off in the finale of the cooking competition, Tunu Kai Wero. Supplied images.

An increased presence at community events and active engagement with whānau is seeing improved health literacy and access to health and wellbeing services for Māori through Ngāti Ranginui Iwi’s Mauri Ora programme.

Mauri Ora uses traditional Māori kaupapa and values, such as whakawhanaungatanga (inclusiveness) to bring people together to learn about hauora (health and wellbeing) with a holistic approach.

The Western Bay of Plenty Primary Health Organisation has funded the programme since 2016, which has continued to grow and add new projects.

People taking part in Hikoi Kori Tinana Wero completed a hikoi (walk) and a series of exercises each week for six weeks, going into a prize draw and earning points along the way for their marae to win their own Kī-o-Rahi (traditional Māori ball game) set. Whānau were encouraged to walk together and reconnect with their rohe (area), and social media was used to monitor progress and increase engagement. 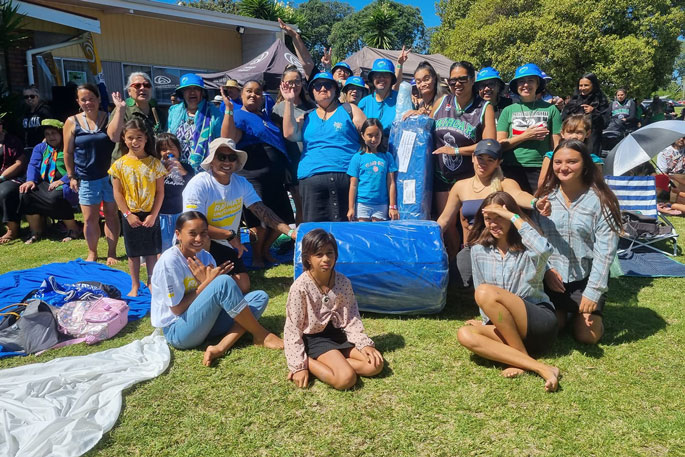 Wairoa Marae was the winner of a Kī-o-Rahi (traditional Māori ball game) set for earning the most points during the Hikoi Kori Tinana Wero held earlier this year.

Cheryl Toma says she took part in Hikoi Kori Tinana Wero because it gave her great pride to connect to her whakapapa.

“It was a simple kaupapa - free and accessible to everybody, and you could do it on your own or with your whānau. Walking the whenua (land) allowed me to connect with my taha wairua (spiritual wellbeing) and my marae, and most of all, it was fun.”

Cheryl walked Te Rae-o-Pāpāmoa (Pāpamoa Hills Regional Park) and the Minden Lookout as well as along the beach near her home in Te Puna.

Peter Smith also took part in the hikoi with his marae and says although people were earning points for their own marae, it was great to see other marae and hapū taking part, and especially the older generation.

“We were there to tautoko (support), whether it was on the flat or up a hill. We’d all try to go together but if we didn’t get there, we could follow the hikoi on Facebook. My parents were visiting Queenstown so they did a hikoi down there because they wanted to contribute as well.”

Te Aihe says the sharing of photos and videos on social media was a strong motivating factor.

“It encouraged others to get involved and showed how easy it was to do it, whatever your age and level of fitness. If an exercise was too hard for some, we came up with an alternative.” 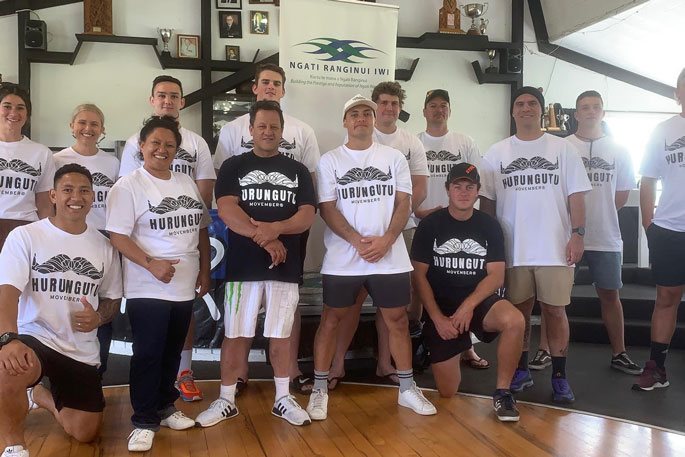 Mauri Ora’s Movember challenge, Hurungutu, is under way again for 2021.

Many of the Mauri Ora programmes are deliberately targeted at tāne who traditionally don’t make time to look after their health and wellbeing.

“They might be the main provider for their whānau so they can’t take time off work to have a health check. Our events work for them because they’re held at weekends and after-hours, and it only takes a few minutes for an initial check. Cost is also a factor, as well as that ‘she’ll be right’ attitude.”

“They talked about their own personal experiences and I think it really woke a lot of men up to the fact that ill health can affect anyone,” says Te Aihe.

He hopes that by working with tamariki in schools, the next generation of Māori men will grow to value the importance of looking after their hauora.

For more information about Mauri Ora and its upcoming programmes contact Te Aihe Toma via Facebook www.facebook.com/NRIMauriOra or email teaihe.toma@ranginui.co.nz.