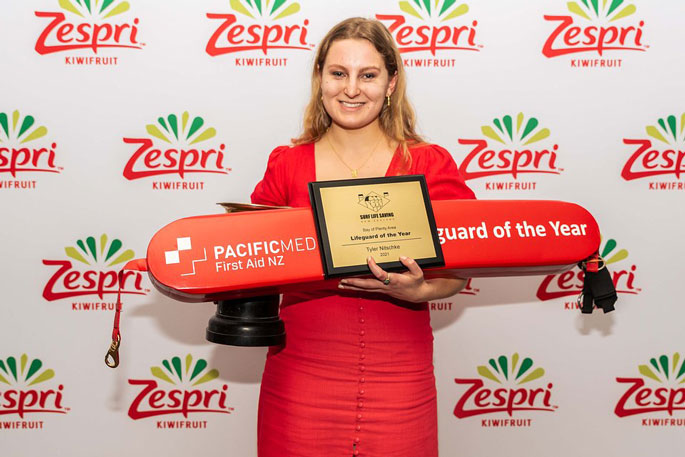 Bay of Plenty and Coromandel Surf Life Saving clubs have marked a successful end to the Surf Lifeguarding season and year of achievements with their Awards of Excellence.

“It’s wonderful that we can recognise some of those who have made a particular contribution but it’s just as important to remember that supporting them are clubs full of volunteers who give up their time to keep the public safe, putting in a huge effort and patrolling over 40,000 hours.

Among those being recognised at the Bay of Plenty/Coromandel Awards of Excellence is Tyler Nitschke from Omanu Beach Surf Life Saving Club.

She has been named Volunteer Lifeguard of the year alongside Andrew McDowell from Pukehina.

Tyler was also named as Instructor of the Year and Patrol Captain of the Year in recognition of her many contributions to the club.

As an avid patrol member, IRB Instructor and lifeguard instructor, she displays respect to all clubbies while maintaining a professional and positive attitude, says Chaz.

She has contributed to the Bay of Plenty Area as a patrol auditor and volunteered as a probationary examiner at a number of IRB and sSurf Lifeguard Exams.

Her time and effort does not go unnoticed and is hugely appreciated, says Chaz.

“Thank you to all the clubs, coaches, officials and parents for their sacrifice over the season.

“Zespri’s continued support has been invaluable, with over 600 training hours and a number of scholarships handed out which allowed Eastern Region members to attend National Lifeguard School, Intermediate Lifeguard School as well as BP Leaders for Life.” 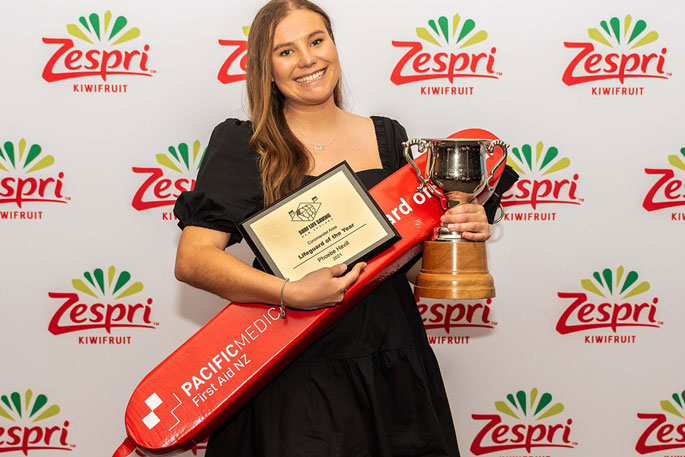 Omanu Beach SLSC and Pauanui SLSC took out the Zespri Overall Club of the Year for the Bay of Plenty and Coromandel, taking home $5,000 each towards rescue equipment.

The Mount hosted the Eastern Regional Championships for another year and once again the weather and waves came to play making for some interesting, highly competitive racing. “With Covid still hanging around we are thankful we got through all the Eastern Region events this season almost un-effected,” says Jackson.

Jackson says the Eastern Region is also celebrating the success of the Mt Maunganui LGS’ Daniel Barron for his outstanding effort at the Australian titles back in April where he joined elite company becoming one of only seven kiwis to make the Open Ironman Final at the Aussie Titles.

Daniel’s hard work and dedication to his craft has earnt him the International Performance of the Year award at last night’s Awards of Excellence.

Official of the year, Greg Rieger, was praised by Edwards for his forever inspiring passion and dedication to his role as an official this year.

“Greg has dedicated a lot of time to officiating this season, he’s passionate about officiating and has attended every Carnival that time has permitted,” says Jackson.

“He has been mentoring and developing a number of upcoming officials which is a testament to his commitment to furthering Surf Life Saving Sport.”

U15 Female Sports Person of the Year winner Talitha McEwan from Mt Maunganui Lifeguard Service had an impressive year, showing skills in the water at National Pool and Eastern Region Pool Championships, dominating her age group and carrying on her hard work from the U14 age group into the senior ranks.

U17 Female Sports Person of the Year winner Lucy Bartlett also showed her aqua skills in the pool taking out a number of gold medals at the National Pool Rescue Championships held in Hamilton. 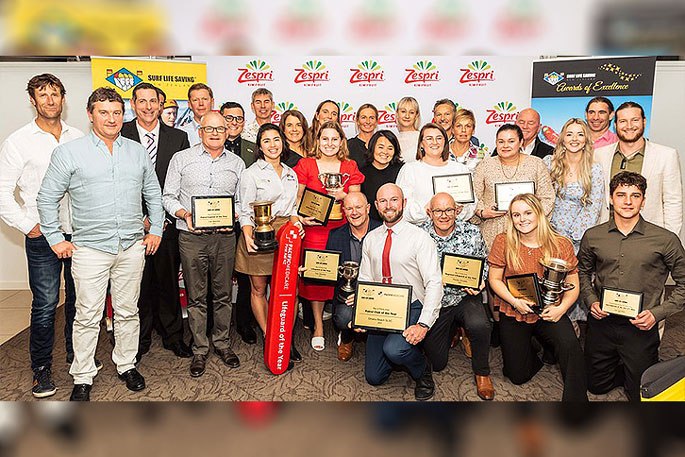 It’s been an unusual season with Covid dating back to last season’s nationals. But if one person could keep their squad on the straight and narrow, it was Coach of the Year, John ‘Spindles’ Bryant, someone who always has time for his competitive lifeguards no matter how busy he is.

Surf Life Saving New Zealand’s Awards of Excellence are held every year in each SLSNZ region to recognise and celebrate the many club members putting in considerable time, effort and skills at a grass-roots level to make sure Kiwis who head to the beach get home safe.

The awards culminate with the National Awards of Excellence which will be held on September 19 in Wellington.

Rookie of the Year

Patrol Support Person of the Year

Volunteer Lifeguard of the Year

U19 Emerging Volunteer Lifeguard of the Year

Patrol Captain of the Year

Examiner of the Year

Rescue of the Year

Regional Lifeguard of the Year

Beach Education Instructor of the Year

Patrol Support Person of the Year

Volunteer Lifeguard of the Year

U19 Emerging Volunteer Lifeguard of the Year

Patrol Captain of the Year

Examiner of the Year

Rescue of the Year

Regional Lifeguard of the Year

Beach Education Instructor of the Year

Emerging Official of the Year

Official of the Year

Emerging Coach of the Year

Coach of the Year

Volunteer Coach of the Year

Sports Team of the Year

Sports Person of the Year