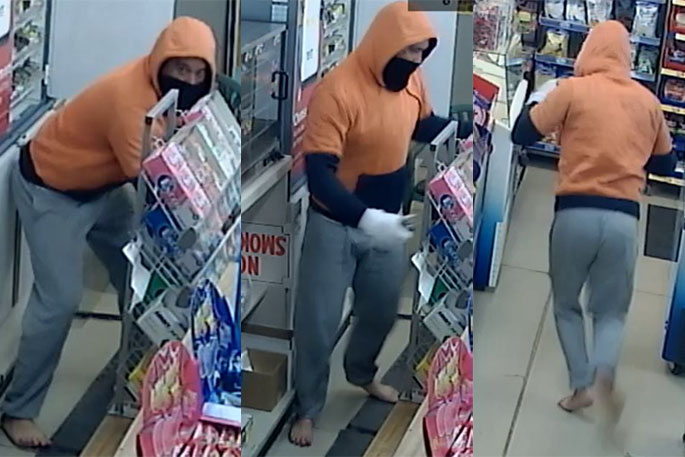 Police have released CCTV footage in the hopes of identifying the suspect. Photo: Bay of Plenty and Taupō Police Facebook.

Bay of Plenty Police are reaching out to the public to help them locate a robbery suspect.

In a post on the Bay of Plenty and Taupō Police Facebook page, police have released CCTV images in the hope that someone will recognise the suspect.

“He is suspected of committing a robbery at a retail premises on Pandora Avenue in Rotorua at about 5pm on Tuesday, June 6,” reads the post.

“The man left the store with tobacco products.

Have the Police dusted for toe prints? Would provide indisputable evidence once the suspect is known.