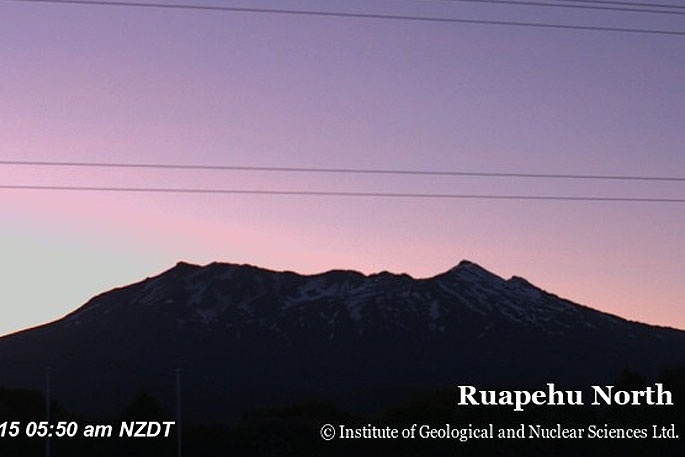 Mt Ruapehu’s crater lake – Te Wai ā-moe – is starting to heat up after a cooldown period over the past few months.

Over the course of three months, the temperature of Te Wai ā-moe has cooled from 41 degrees Celsius on April 12 to 20C on July 2.

Last week, its temperature started to rise again and is sitting at 23C.

The turnaround of the lake temperature has been linked to two small earthquakes and was accompanied by a higher level of volcanic tremor over the weekend, as is “often the case at the start of a heating episode”, GNS Science says in a statement on their website.

In late December 2020, the lake heated to around 43C, marking the high point of the previous cycle.

Early 2021 the lake cooled through to February 2021, before starting to heat again in early March.

During this time the modelled heat input into the lake was around 80-100MW. To heat the lake water temperature by 3C, a GNS scientist says around 300-600MW of heat would now be entering the lake.