Getting depression in farmers out in the open 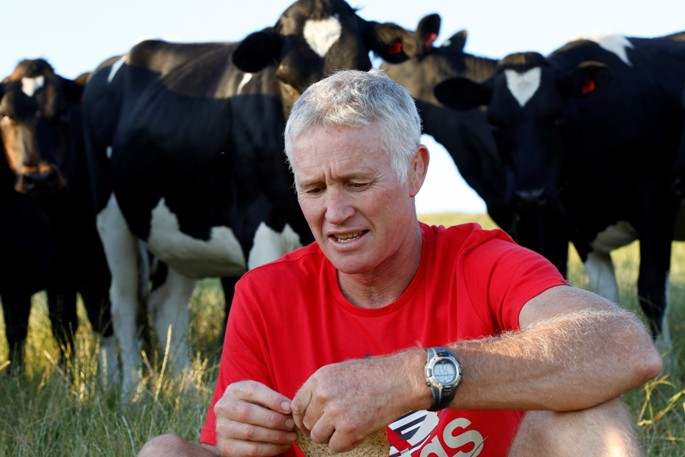 Marc Gascoigne says he connects with as many people as he can every day to help with his wellbeing.

Marc Gascoigne remembers sitting at the kitchen table on his farm with a to-do list in front on him. He stayed there for 30 minutes staring at his list. He didn’t move.

The Cambridge farmer, who has worked in the Waikato since 1992, suffered depression and anxiety six years ago and is now taking proactive steps to protect his mental and physical wellbeing.

“My experience of depression was I just couldn’t think straight,” he says. “I couldn’t make simple decisions. I was so stressed and fatigued that my brain went into fight or flight mode. I wasn’t coping.”

Gascoigne is not alone.  An ACC-funded study for Farmstrong shows 58 per cent of recently injured farmers linked their accident to stress associated with farm work. A quarter of them said it was a major factor.

Exhaustion, lack of sleep, the stresses of farming, being isolated from friends and family, and being unable to take a break all add to the risks that a farmer or farm worker will have an accident, the research shows.

“My brain told my body that something was seriously wrong, and I was under attack, so it just shut down. It was telling me that there was a threat to my life, and it took away all of my decision making.

“On the farm that is really dangerous because you have to make little decisions all day, every day.”

He remembers one day when he could have seriously hurt himself. He was herding his cows when one of them bolted from the herd. He took after her on his quad-bike and flipped it on its side.

“I was bloody lucky. These days I’d just let her go and sit back and have a breather.”

He is sharing his story to help others who are in the same situation.

“I would never have talked about my depression six years ago,” he says. “I would have been horrified to share my story then but I realise it’s important to tell people what you’re going through so they can help.”

These days Gascoigne says he has two priorities for looking after his wellbeing – he exercises every day and he priorities connecting with people.

“A lot of farmers will tell you that they simply don’t have time or the energy to do that sort of stuff. But I just found that that break gave me so much more energy and it needs to be a priority.”

If anyone wants to talk about having depression and anxiety issues he can be contacted through the trust on: 0800 787 254 or marc.gascoigne@ruralsupport.org.nz.