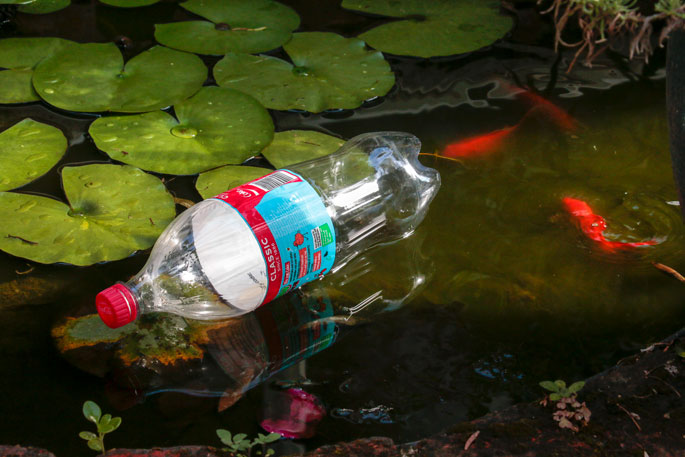 Greenpeace is calling for a ban on plastic drink bottles, in response to dangerous levels of microplastics being found around Bay of Plenty moana.

Waikato University Master of Science student Anita Lewis found the particles in every sediment sample she took across the region.

The environmental group says the government's plan to phase out what it calls "difficult to recycle single-use plastic items" does not go far enough.

Greenpeace plastics campaigner Juressa Lee says single-use plastic drink bottles from the likes of Coca-Cola and Pepsi, which are recyclable, should also be banned.

"Plastic bottles are one of the most commonly found items on our beaches.

"Plastic on our beaches ends up in our oceans, it breaks down into microplastics."

The three-stage plan to phase out hard-to-recycle plastic packaging will take place over the next four years, but groups were critical of how far it went when it was announced last month.

From late 2022, PVC meat trays, polystyrene takeaway packaging and degradable plastic products that harm the environment will not be allowed.

By mid-2025, all other PVC and polystyrene food and drink packaging will be outlawed.

Lee says the government should look at expanding its plans to include plastic bottles.

"There was no reference to any of that in the most recent announcement, and we think that banning the plastic bottle would be a huge reduction in the amount of pollution."

call for the govt to ban greenpeace

they should really ban

Greenpeace, they have become nothing but a mob of crazy eco-activists that want to ban every thing that doesn’t suit their twisted globalist agenda.

We really need to solve the issue of humans throwing their waste on the ground in the ditches along highways . Banning plastic is just a stop gap measure,Whatever replaces plastic bottles are gonna be turfed out and cause just as much pollution.