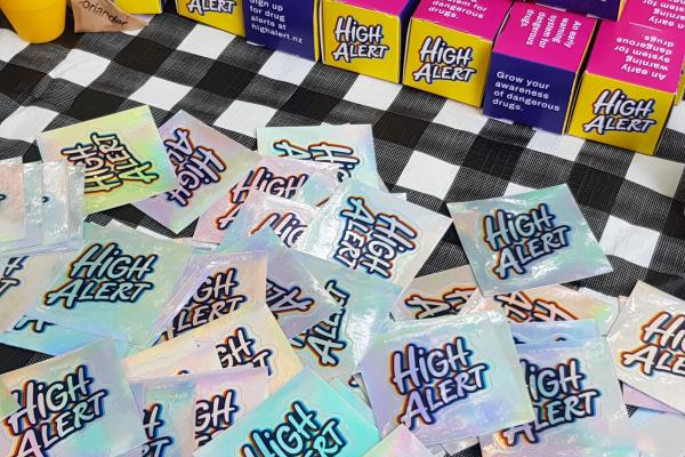 A website set up a year ago to warn people about dangerous drugs in the community is proving a valuable tool in preventing harm.

It identifies where harm is occurring, provides evidence and understanding of outbreaks of harm, and in some cases anticipates potential harm related to drug use.

The website marks its first birthday this week, and in the last 12 months more than 211,000 people have visited the site, generating over 329,000-page views.

The site has published 83 articles educating the public and helping to reduce drug-related harm, and issued ten public alerts about dangerous drugs in the community including synthetic cannabinoids, benzodiazepines and a toxic chemical mis-sold as MDMA.

Detective Inspector Blair Macdonald, Police Manager in the National Drug Intelligence Bureau – NDIB -  says a key objective for DIANZ is to build a mailing list so it can reach people via email when issuing an alert or notification.

DIANZ started with a network of 53 professional contacts which has grown to 430, and 4,798 members of the public have now signed up to receive notifications about dangerous drugs.

“This helps support the enormous potential of High Alert to prevent harm and continuing to grow this audience will ultimately help save lives,” says Detective Inspector Macdonald.

The value of this soon became apparent as DIANZ worked closely with KnowYourStuffNZ  - KYS -  and the New Zealand Drug Foundation to monitor drug trends and acute drug harm over the festival period of December and January.

“When KnowYourStuffNZ advised of a high presence of Eutylone in what people thought was MDMA, DIANZ was able to use its network to spread the word on the issue and ultimately reduce harm.”

In the last year High Alert Facebook and Instagram pages have been launched which are reaching 1.1 million people, with almost 60,000 engaging with posts.

The demographics of the audience is predominantly 18 – 34 year olds in urban centres.

A Facebook post was promoted in Wellington, Palmerston North and Wairarapa and reached 60,635 people and generated 1,756 engagements, including 6,019 link clicks and 415 shares.

“This is a great example of communities working together to reduce harm.”

The DIANZ team has also spread the High Alert message through on the ground activity during the last 12 months, attending O-Week Market Days at the University of Canterbury, Lincoln University and Massey University.

“This allowed the team to have insightful conversations with students ahead of some big music festivals, and it help spread awareness of High Alert among a key audience.”