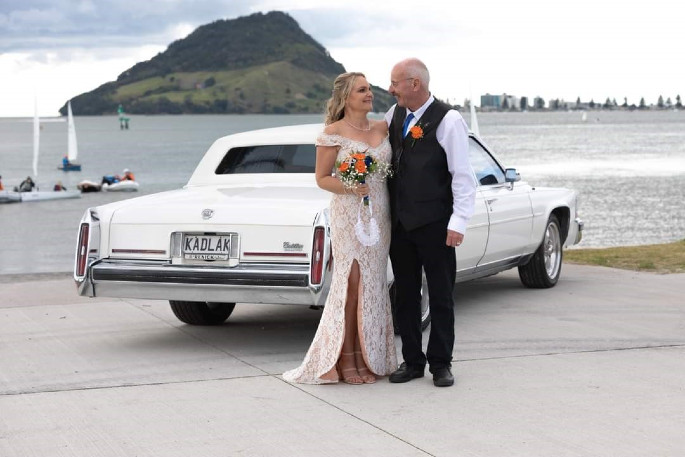 Debra and Phil McLean on their wedding day. Photo: Supplied.

A Tauranga woman plans to show her support for Waipuna Hospice by raising funds with a 24 hour walk around Mauao, in memory of her husband.

Phil McLean spent the final 24 days of his life cared for by Waipuna Hospice. Now, his wife Debra wants to give back to Hospice by doing a 24-hour walking fundraiser around Mauao and some of the nearby Mount Maunganui streets.

Debra and Phil were married on August 8, 2020, however, their story began many years before.

Phil, who was diagnosed with stage four bowel cancer in October 2018, was determined to live life to the fullest, and not let cancer get the better of him.

“After spending a wonderful Christmas together surrounded by our friends and family in 2020, he began to deteriorate.

“Phil wanted to be at home and make the most of the life he had left, in his own space.”

Debra says that with the help of Waipuna Hospice this was possible.

“Waipuna Hospice was on board supporting us for 24 days leading up to Phil passing away. I stayed home to help care for Phil, and every day a nurse would come to the house to help with pain relief, assess Phil’s situation, and just check that everything was okay,” says Debra. “They were never in a rush. They would take their time and just be with us.

“Any time, day or night, they were only a phone call away, for advice, or just a chat. They always went above and beyond to make sure that not only Phil, but the whole family was okay. Nothing was ever a hassle or too much trouble. They fitted into our life like family members.”

On February 8, 2021, after a courageous fight and on their six-month wedding anniversary, Phil lost his battle with cancer.

“Life has been really hard since Phil passed away, but the care and support from Waipuna Hospice has continued for myself and my three boys, from counselling to massages; and I know they will be there as long as we need them,” says Debra. 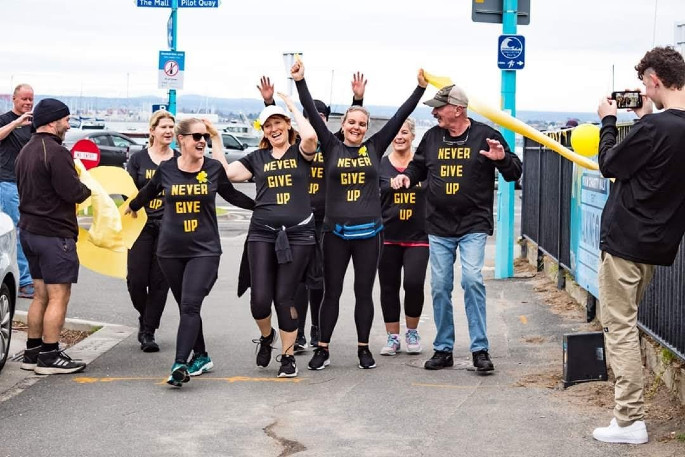 It was during the last few weeks of Phil’s life that Debra recalls talking to Phil about her desire to give back to Hospice, and do her part to help – she just wasn’t sure how. Taking inspiration from a walking fundraiser she organised in 2020 for The Cancer Society’s Domain Lodge, Debra thought that perhaps it was time to up her step count, and take on another walking challenge.

“Services like Waipuna Hospice wouldn’t exist without support from the community, and I am the type of person to give back and repay someone’s generosity when they have helped me. That’s what made me want to give back to Hospice – they had helped Phil and me so much, so I knew I had to do something to help them.” 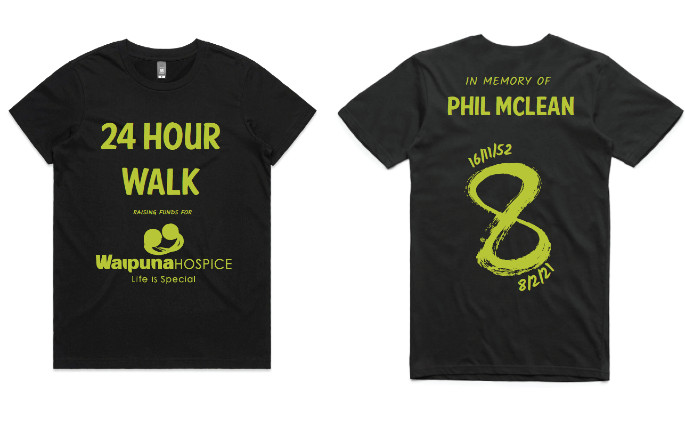 Debra says that last year, with the help of the community, and her “amazing friends and family”, she I was able to raise $10,000 for The Cancer Society’s Domain Lodge.

“This time, I want to help Waipuna Hospice. I can’t put into words how much Waipuna Hospice helped us in the final 24 days of Phil’s life, but I can hopefully help them be there for others in the future with this fundraiser. I am doing this for them, and to honour Phil. When I told him I wanted to do this for Hospice, he was behind me 100 per cent, and he agreed it was for a great cause.

“This walk isn’t just about Hospice and raising money though – it’s also about me and my healing process. It’s benefiting me mentally and helping me deal with my grief. If I can use my healing to help Waipuna Hospice, and in turn other families in my community, then why not?”

Starting at 2pm on August 6, Debra will begin her walk around the base track of Mauao and the surrounding streets, in a figure eight loop for the entire 24 hours – pulling inspiration from the important numbers and milestones in their life together. Helped by a support group made up of friends and family, Debra is determined to complete the 24 hours and says anyone is welcome to join her for part of the walk. 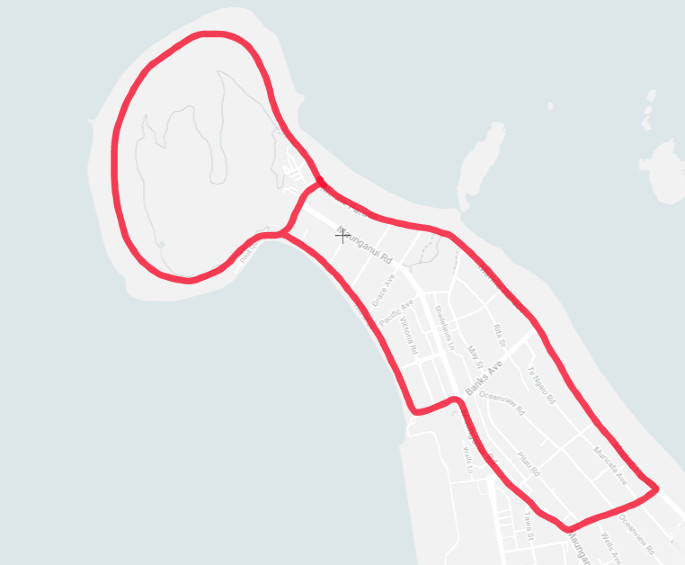 A map showing the figure eight walking route for the fundraiser. Image: Supplied.

“Phil’s motto in life was to never give up, and he didn’t until the very end,” says Debra. “He never let cancer get him down and continued to laugh and remain positive for as long as he could.

“I intend to honour Phil and not give up on this challenge, I will walk the full 24 hours, and see it through to the end. I know it is going to be tough, but I have an amazing support network ready to help me, the community behind me, and Phil with me always, so I know I can do it.”

The public is encouraged to support Debra and her fundraiser by donating to her Give-a-Little Page at https://givealittle.co.nz/fundraiser/debs-24hr-walk-for-waipuna-hospice.