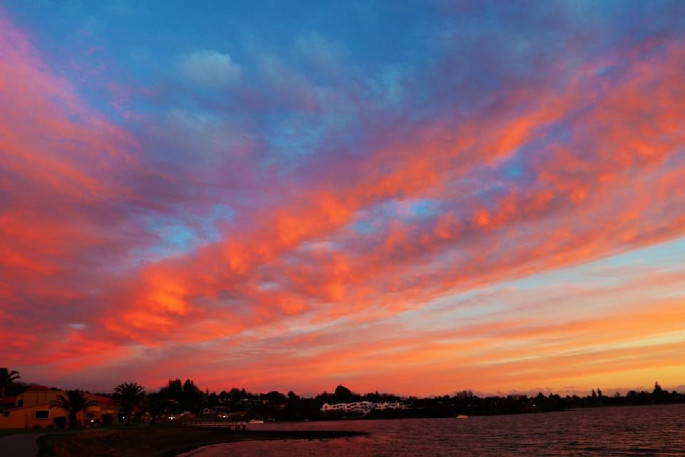 MetService advise that on Monday and Tuesday, a large and complex low pressure system is forecast to slowly move east-southeast just north of the North Island directing a moist and strong easterly flow across the upper North Island.

"There is moderate confidence of warning amounts of rain and severe gale east to southeast winds across Northland on Monday, while the confidence is low for Auckland, apart from Great Barrier Island, on Monday and Tuesday," says a MetService spokesperson.

"On Monday and Tuesday, there is moderate confidence of warning amounts of rain and severe gale east to southeast winds across Great Barrier Island and Coromandel Peninsula.

MetService say there are still uncertainties regarding the depth and movement of this low which will have an influence on which regions could be affected the most, and people are advised to stay up to date with the latest forecasts.

A ridge of high pressure is forecast to move onto New Zealand from the Tasman Sea late Tuesday, then become confined to the North Island on Wednesday as a trough moves over the lower South Island from the southwest.

This trough is expected to bring a period of heavy rain to Fiordland on Wednesday and there is low confidence that rainfall accumulations will reach warning criteria.  A second ridge is expected to move on the South Island from the Tasman Sea on Thursday.