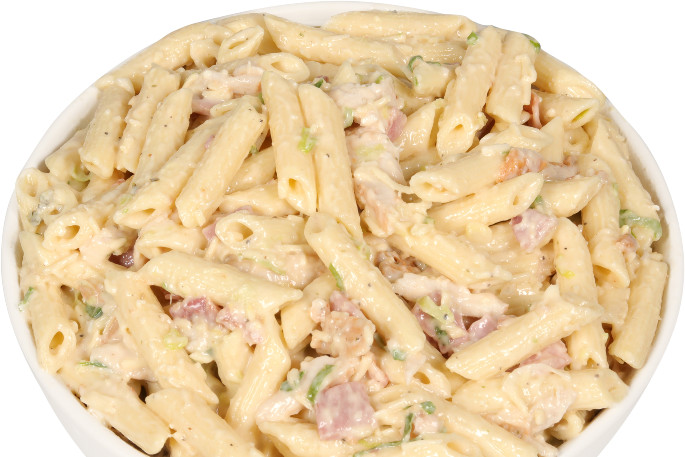 Chicken Caesar Penne, along with Loaded Potato and Hawaiian Pasta with Creamy Dressing have all been recalled. Photo: MPI

Three types of ready-to-eat deli salads sold in Foodstuffs stores across New Zealand are being recalled due to the possible presence of Listeria bacteria.

To date, New Zealand Food Safety have not received any reports of illness.

Listeria can make people sick if they consume contaminated food.

New Zealand Food Safety national manager food compliance services, Melinda Sando, says people who have purchased the affected product should throw it away or return it to the retailer for a full refund.

"However, listeriosis infection can be serious among vulnerable groups such as pregnant women and their unborn babies, newborn babies, people with weakened immune systems, and the frail and elderly.

"For those in the high-risk groups, listeriosis typically has an incubation period of 2 to 3 weeks or longer before symptoms appear.

"If you have consumed any of these products and have any concerns about your health, seek medical advice," says Melinda.

Specifically the products are: