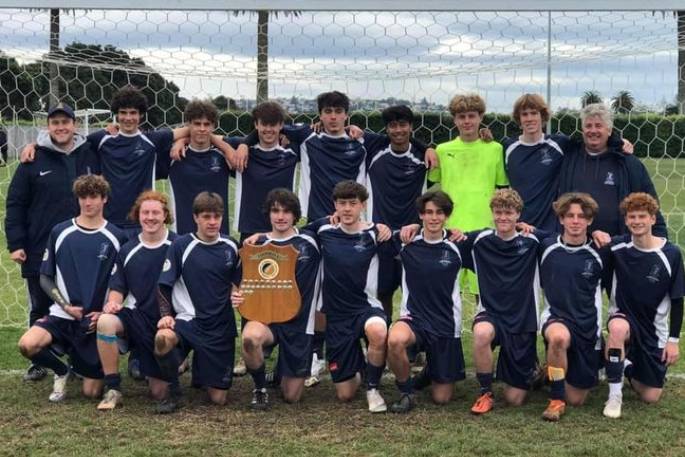 A 3-0 win against New Plymouth Boys’ High School wrapped up an impressive performance from the TBC team, who went unbeaten throughout the competition.

Alex Searle got the ball rolling in the final and before adding a second goal after brilliant work from Matt Schoonderwoerd down the flank. Jonty Bidois put the gloss on an excellent performance to claim the title.

TBC matched the success of the 2001 side 20 years ago, winning all five matches on route to victory.

They also scored 33 goals, conceding just two, making them the most dominant winners in the history of the event.

Coaches Neil Howard and Alex Bryant are over the moon with the performance of their players both on and off the pitch.

“We praise the work of the entire squad in putting together an undefeated run to the title,” says Neil.

Neil also praised the “character” of his players off the pitch, highlighting the fact not a single player received a yellow card across the tournament.

The Tauranga Boys’ College team will now head to nationals in eight weeks’ time, also in Napier, where they will hope to secure another title.