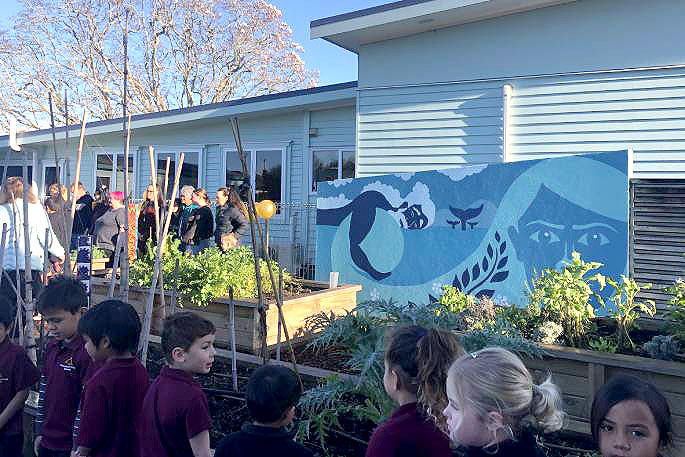 Students filed in for the opening of the Greerton Village School community garden. Photos: Jordan Boyd.

Staff, students, whānau and members of the wider community are welcoming the addition of a new community garden in Greerton.

A special celebration was hosted at Greerton Village School on Thursday to mark the opening of the garden, as well as being the school’s first Matariki celebration.

The morning started off with speeches and a pōwhiri to welcome new guests, and to thank the community for the immense amount of work that has been carried out over the past year.

The garden was then filled with students who sung a waiata amongst the new growth that surrounded them. 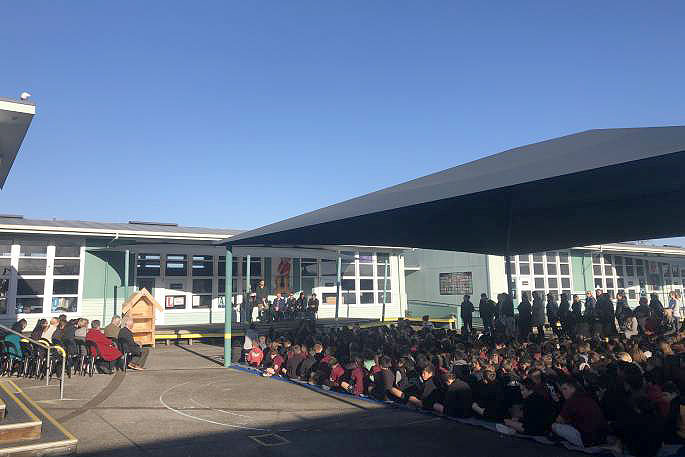 Students at Greerton Village School awaiting the opening of the garden.

Greerton Village School teacher Helen Quirke says the Matariki celebration has tied in perfectly with the opening of the community garden.

“Matariki is about connecting to our environment and recognising the hard work we’ve put in over the year as a school.

“It’s about appreciating what we’ve got, remembering those who have passed and also looking toward the future.

“Today is also about acknowledging that the garden has been a community effort. It’s a community garden, not just a school garden and that’s what we’re wanting to encourage—our community becoming more involved,” says Helen.

“The purpose of the garden is not only to have another learning space or an area for our tamariki to go and learn, it is to bring the community in and today is acknowledging that.” 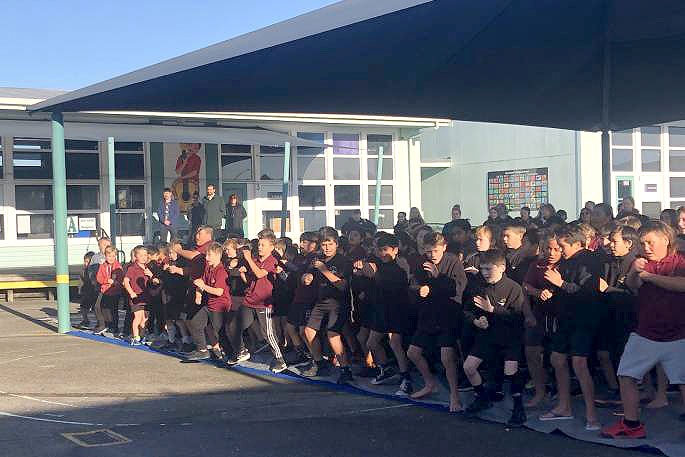 Students performing a haka during the pōwhiri.

“The kids actually designed the gardens, and so have been a part of it from the start,” says Kimberly.

Alongside the garden, a new mural has also gone up in the space.

The mural was painted by Eden Decvich, a teacher at Greerton Village School and her dad. It depicts a local story which includes Ranginui, Papatūānuku and three whales.

The mural also illustrates the three syndicates of the school being Ranginui, Papatūānuku and Nga Whetū - being the stars of Matariki.

Helen says a lot of the school’s learning is connecting to local stories so they wanted to showcase that as well as Matariki.

Greerton Village School teaching assistant Michael Golem is the school’s green thumb, and has carried out most of the physical gardening work with the help of some students.

“Michael is our kaitiaki; he works with our treasures, or our children with special needs,” says Helen.

“Some children who have trouble in the classroom, they thrive in the garden.

“It’s having another space for them to come out, and they learn all sorts of things.”

The mural and garden incorporate community, togetherness and Matariki.

Students at Greerton Village School enjoyed a bowl of vegetable soup after the ceremony, with the idea that eventually they will be cooking and creating food that has come straight from the garden and sending out the kai to whānau and the community.

Helen says the opening of the garden has been a huge achievement.

“The garden is an ongoing learning space that will just keep growing.”