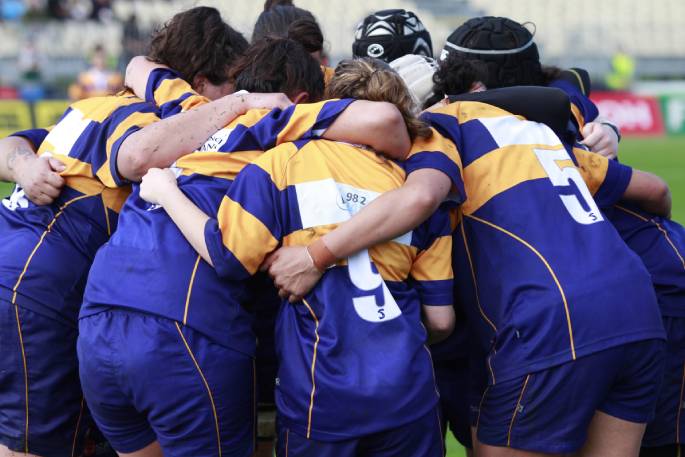 The Volcanix begin their campaign on July 17. File Image. SunLive.

The Bay of Plenty Volcanix squad for the 2021 Farah Palmer Cup Season has been announced.

The best women’s rugby talent in the Bay of Plenty have been named with their first game of the season away to Auckland on July 17.

The list includes 28 healthy players who will make up the active roster, while eight remaining players, including Black Ferns Les Elder, Pia Tapsell, and Luka Connor remain on standby due to injury with the potential to return later in the season.

Volcanix head coach Rodney Gibbs says that the injuries have left the door open for a number of promising younger players leading into this season.

"We would love to have our Black Ferns and more experienced girls back and healthy," says Gibbs.

"However, the flip-side is that we've been able to make room and give chances to some of the younger girls who have had fantastic club seasons.

"They’ve had some great experience and a taste of Farah Palmer Cup Rugby with plenty more to come."

One such player was first-time squad member and Australian international Sheniqua Taula. The talented young halfback earned her keep in the squad after a strong club season, her first in New Zealand.

"I was excited when I heard I'd made the wider training squad, I had played rugby over in Melbourne, but I had never played in New Zealand before," says Taula.

"It was a big step up in professionalism moving up from the New Zealand club level to the Volcanix.

"Coming from Australia, I’ve found that the opportunities in the women's game have been so much more in the Bay.

"It's something I'm definitely thankful for and am looking forward to the opportunity."

The advent of a higher than usual cohort of young women joining the Volcanix has meant that setting small goals and a step-by-step approach has been crucial leading into the season.

"Everyone is excited. Some of the new girls will be feeling a bit of nerves going into the season for the first time, but I'm sure we've helped stamp some of those out with our pre-season matches," says Gibbs.

"We are just setting small goals. Not too big at the moment, just focusing on working hard and making small gains each week.

"We are hopeful for those important players to return who are coming back from injury, and if that's not the case, we need to focus on growing the new players that we've got.

Returning to the Volcanix is also a list of senior players whose leadership and experience will be integral to the success of the side. Once such player is seven year Volcanix veteran Baye Jacob.

“There is a smaller group of us senior players now. We try to help the younger players with a number of things as playing at this level is different to club rugby.

“The young girls are not only trying to progress their rugby careers, they also have a lot going on in their personal lives, careers, relationships, that sort of stuff.

“We just try and lead by example, we try and be approachable with the young girls both on and off the field, we make it clear that we are here to help them as experienced women in the side.”

The squad will take a two-week break after two tough pre-season hit-outs v Hawkes Bay, which they won 29-17 and Counties Manukau, narrowly losing 12-5.

Their first game of the season will be an away game v Auckland on July 17th. The Volcanix have three home games, two of which will be free entry at Blake Park, Mount Maunganui and one home game will be a double-header with the Steamers at the Tauranga Domain. Tickets for the double-header will be on sale from Sunday, July 11th.

For the first time in the competitions history, all Farah Palmer Cup matches will be broadcast live and available to Sky Sport customers for the 2021 season. In addition, every week a Bunnings Warehouse FPC match and NPC match will be available free to air.