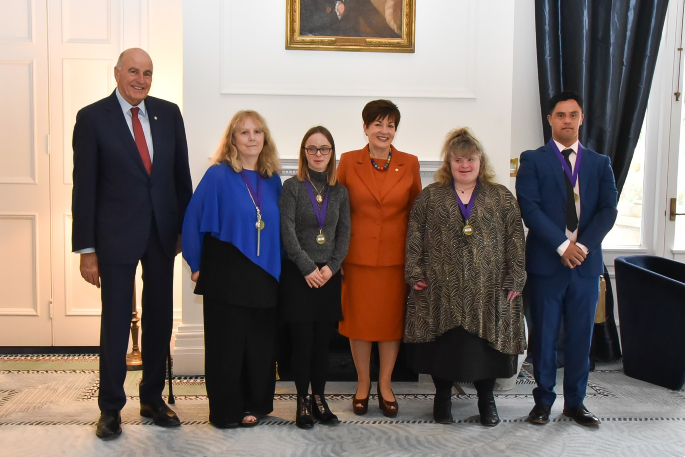 Four members of the New Zealand Down syndrome community have been honoured for their amazing individual achievements at special function at Government House today.

The Governor-General, who is the patron of the New Zealand Down Syndrome Association - NZDSA, also handed out the Val Sturgess Volunteer of the Year Award to Kathryn Sadgrove from Northland.

The awards had to be postponed in 2020 due to the Covid 19 lockdown, so the selection panel had a difficult task picking winners from a large group of well-deserving and high-calibre nominations across two years. 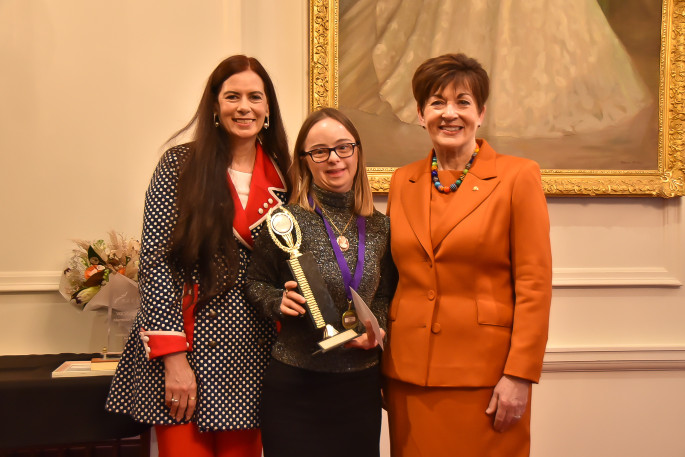 “These three young people demonstrate every day why they will not let societal barriers disable them they are proud and determined individuals who offer terrific skills and value to their families, their friends and their community,” says Zandra who is pleased the recipients and their families were able to enjoy the special occasion at Government House after the recent Covid scare in Wellington.

Jacob Dombroski received his award for his accomplishments as an award-winning dancer and actor, with multiple stints on Shortland Street, as well as his basketball performances with in Special Olympics. The Wellingtonian is also well-known for his support work and advocacy in the Down syndrome community.

Rochelle Waters is another well-known face in the disability sector, as an advocate for the NZDSA, committee member of the Canterbury Down Syndrome Association, competitive swimmer and Global Messenger for Special Olympics, as well as an accomplished performer and instructor for mixed ability dance group Jolt Dance.

Between all these activities, it is hard to see how Rochelle has time to hold down her job at the Darfield Bakery.

Amelia Eades was honoured for a long list of stunning achievements, most notably choosing to take her needle anxiety head-on, and get six jabs to travel to Africa before last year’s lockdown.

The Aucklander also completed a two-year course at Unitec, volunteers at the Titirangi Art Gallery, works for Recreate’s Moxie employment scheme and is an accomplished yoga fan.

On top of all that, Amelia was cast as a model for NZ Fashion Week, interviewed for several magazines and made two television appearances on the back of this. 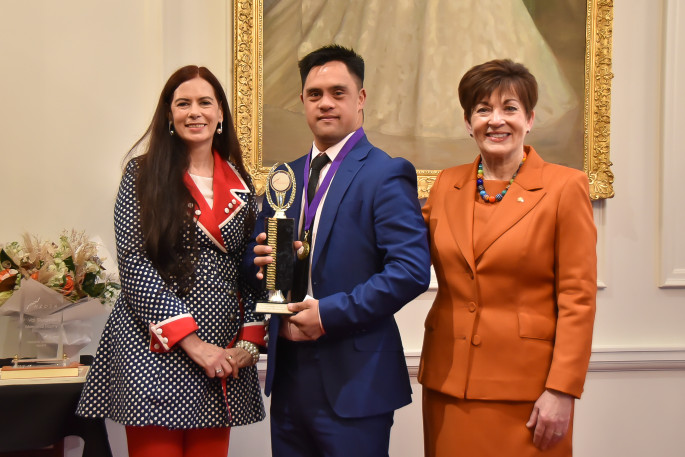 Kathryn Sadgrove was awarded the Val Sturgess Volunteer of the Year Award as the driving force behind the Northland Down syndrome community ever since her son Thomas was born in 1991.

“The Northland and New Zealand Down Syndrome Community are very grateful and proud of Kathryn,” says Zandra, who took the opportunity to divert some of the limelight back to the Governor-General.

“We are incredibly grateful to Dame Patsy who has been a fantastic patron and ambassador for the Down syndrome community. We have been honoured to be hosted regularly at Government House and we will be sad to see her leave later this year.” 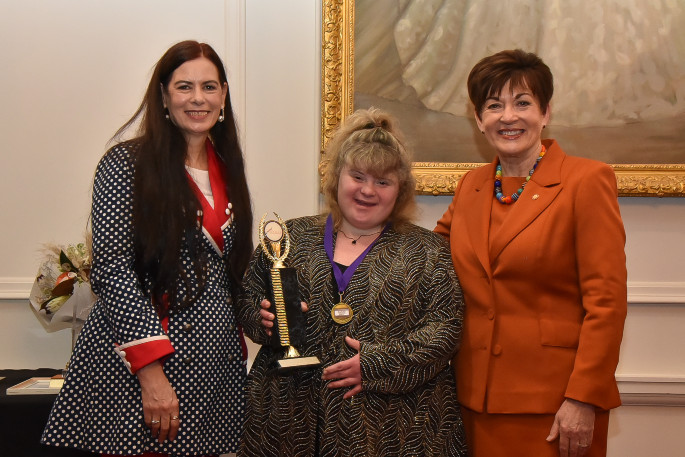