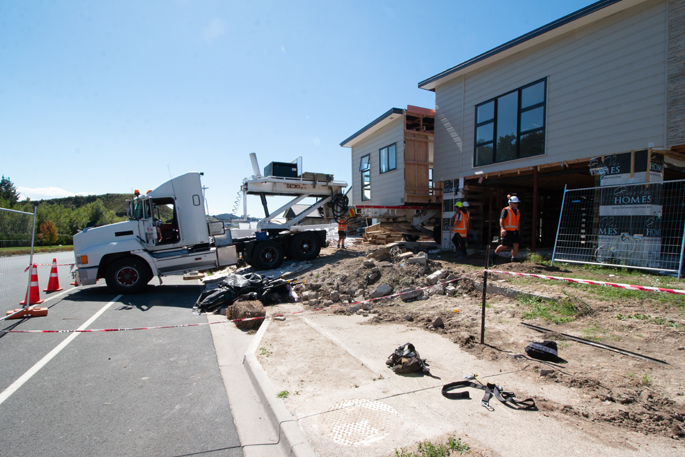 Engineering New Zealand has upheld a complaint by Tauranga City Council against engineer Bruce Cameron relating to residential property developments in the Tauranga area between 2015 and 2016.

Cameron and his company, The Engineer Limited, were convicted of six charges related to four properties at the failed Bella Vista Homes development and were punished with $90,000 worth of fines in April.

Building at Lakes Boulevard and Aneta Way was scrapped and all properties at the site were evacuated in April 2018.

Tauranga City Council performed a $14.2 million buyout of the homes and pursued legal charges against companies who had worked on the botched development.

An Engineering New Zealand Disciplinary Committee ordered Cameron be removed from the Chartered Professional Engineers register on June 25, 2019, with no option for reinstatement for two years.

He was also ordered to pay $19,000 towards the costs of the investigation.

The Disciplinary Committee’s decision was issued in 2019 but has not been published until now due to appeals by Cameron.

Cameron’s appeal to the Chartered Professional Engineers Council in 2019 was dismissed and his appeal to the District Court was withdrawn in late June 2021.

The Disciplinary Committee says the engineering services provided by Cameron did not meet the standard expected of a Chartered Professional Engineer.

“We find that Mr Cameron has not acted as a reasonable Chartered Professional Engineer and breached his professional obligations to act competently and behave appropriately,” says a statement from Engineering New Zealand.

The Committee says his departures from what could be expected of a reasonable engineer were “serious” and breaches “at the upper end of the scale”.

The Committee says Cameron frequently was uncooperative responding to Tauranga City Council’s requests for further information during the building consent process. It also noted that the Council “raised numerous concerns about the standard of Mr Cameron’s work” including inadequate designs and calculation errors.

“While some examples may seem relatively minor, others are much more concerning. Taken together, they demonstrate an overwhelming lack of rigour and attention to quality practice that is of significant concern to us.

“Instead of reflecting on his practice and improving, Mr Cameron continued to operate with the same lack of care, often repeating the same errors previously identified by the Council.

“The scale of Mr Cameron’s misconduct, his apparent lack of insight into his actions and his unwillingness to change throughout this process deeply concerns us.”

The Disciplinary Committee also says it is not acceptable for engineers to be “rude or obstructive in the manner that Mr Cameron has been” in dealing with building consenting authorities.

The two-year removal period ordered by the Disciplinary Committee has now expired, meaning Cameron is entitled to re-apply for registration.

Cameron is not currently registered as a Chartered Professional Engineer.