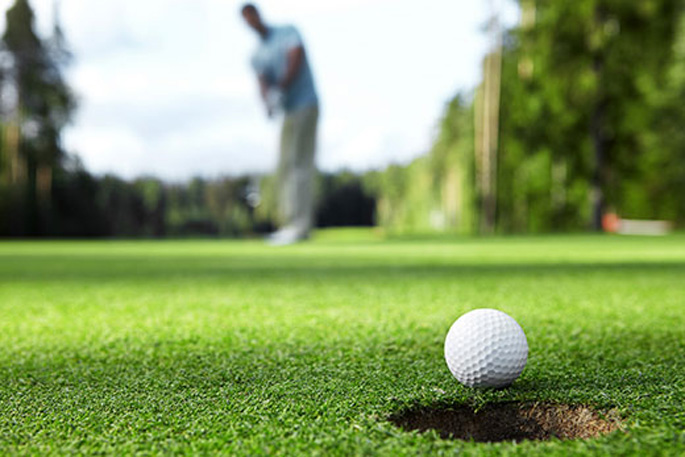 A NIWA climate scientist has combined work and a sporting interest to benefit golfers throughout New Zealand.

Wind speed is a key factor in determining the difficulty rating of each course, which is then used when calculating player handicaps. A higher average wind speed makes a course more difficult to play.

However, applying consistent daily wind speeds to a huge variety of courses has been a long-term challenge for Golf NZ and widely debated by players.

That’s why NIWA meteorologist and keen golfer Dr Richard Turner has been working with Golf New Zealand in a nationwide reassessment of golf course ratings.

Richard says the aim with ratings is to make the field as even as possible but the challenge is to ensure consistent data is used when deciding what those ratings are.

The figures from individual weather stations closest to each course have traditionally been used in the calculations but Richard says using the nearest wind speed recording is not always representative of the course itself and is, sometimes, quite distant.

Some courses are near each other, or have similar ratings after accessing data from the same weather station, but due to a range of factors they are quite different to play and have different wind climates.

"Wind is a crucial component in golf— any shot not hit properly sees the mistake magnified when it’s windy,” says Richard.

The NZCSM forecasts weather on a 1.5 kilometre grid resulting in a highly detailed forecast that accounts for the interaction of weather systems across New Zealand’s highly varied terrain.

NZCSM means wind speeds from the past four years were applied to the ratings calculation of almost 400 golf courses across the country.

Golf NZ Handicapping and Golf Services Manager Phil Aickin says the result is a "breakthrough for us.”

"Estimating daily wind speeds on our courses has been a difficult exercise for us. We want an equitable handicap system for everyone which means the wind speeds need to be as accurate as possible."

The organisation is part way through the process of reassessing the course ratings and aims to have completed the project by the end of July.

Phil says he expects the ratings of about two-thirds of courses to change, although most are only slight and won’t be noticed by the members, some are significant from a handicapping perspective.