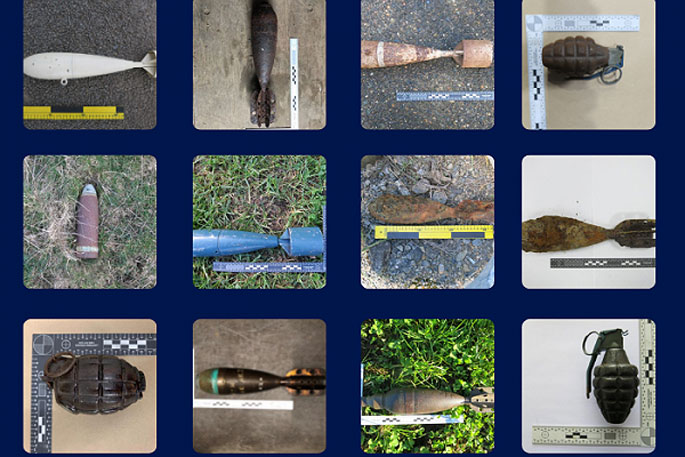 That’s the advice NZ Police and the NZ Defence Force give to anyone who discovers any potential unexploded ordnance.

In one recent callout, ordnance found by a member of the public was transported to another location, prompting the evacuation of nearby properties and the lockdown of a local school.

“While we acknowledge the good intentions here, it’s important for the safety of the person who finds unexploded ordnance as well as anyone in the nearby vicinity to steer clear,” Police director of community partnerships and prevention Superintendent Eric Tibbott says.

“If you find what you think could be dangerous material — like an old grenade, artillery shell, mortar or even something you’re just not sure about — leave the area immediately and call 111.

“Better to call in a false alarm than potentially have one of these old devices explode and cause harm.”

An NZDF spokesperson says its EOD unit will attend any part of New Zealand, 24/7, 365 days a year to assess, remove, or destroy any potentially hazardous explosive items.

“If a member of the public finds an item that they believe may be explosive they should not touch or move the item in any way and call the Police in the first instance.”

Even fireworks can be hazardous when disposed of incorrectly, as was the case at a Wellington waste processing facility in May.

Fireworks being processed by the facility were initially thought to be explosives and EOD was called to remove the items.

When disposing of fireworks make sure you soak them in a bucket of water overnight before consulting your local council on where to properly dispose of them.

Further advice on dealing with suspicious or potentially dangerous items is available on the Police website.