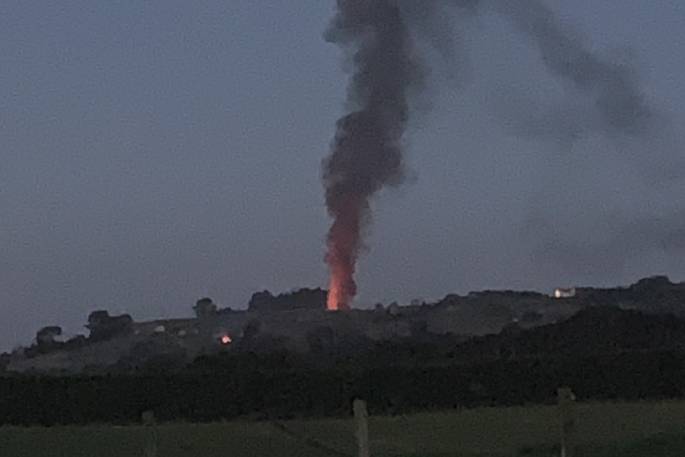 A view of the fire from Whakamarama. Supplied Image.

A large tree with a treehouse around 25 to 30m tall, is well involved in fire, says Fire and Emergency northern communications shift manager Carren Larking.

“It’s on a steep bank which is creating some access issues,” she says.

Two appliances and a water tanker are at the scene and another tanker is on its way, says Carren.

The fire isn’t endangering any properties and the cause of the fire is unknown as this stage, she says.

EARLIER: Reports are coming in of a fire in Te Puna near Minden Road.

A caller to the 0800 SUNLIVE news hotline says they can see the fire from the Waitui Reserve in Te Puna.

“It’s really visible you can see the smoke and flames.”

The caller says they heard the sirens and saw the lights from a fire engine as it headed up Minden Road.