Keeping kids out of court 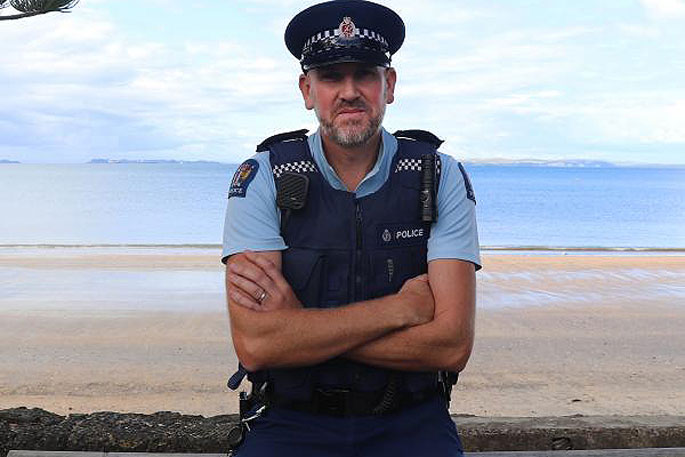 Constable Rob Gormly is looking for ‘progress, not perfection' in the youngsters he works with.

As one of New Zealand Police’s Youth Aid constables, this is not an uncommon start to his day.

The youngster is on an alternative action plan, completing community work as part of an intervention - outside of the judicial system - to deal with youth offending.

Youth Aid deals with children and young people under the age of 18 who have offended, are on the verge of offending, are subject to Care and Protection measures or just need help to go in the right direction.

“Ultimately we try to keep young people out of court and deal with their offending alternatively,” says Rob.

“We still hold them to account, and with the victim’s views in mind, and yes, there are some kids who need those court-monitored restrictions, boundaries and sentences if their offending is at that threshold. But court is not always the way forward.”

The law says that unless the public interest requires otherwise, criminal proceedings should not be instituted against a child if there are alternatives. That applies to about 80 percent of youth offending, said Judge Becroft.

“Police-led community-based specialised intervention is the absolute backbone of the system,” he said.

“The best work takes place away from court with our 280 highly trained, highly specialised Police Youth Aid sworn constables and they do an outstanding job.

“We’ve proved we can effectively deal with young people in the community without charging.

“The ‘not-charging’ process has been a real success story. It is something we can be proud of. Highly trained police discretion is at the heart of that system.”

Rob joined Police in 2008 and went straight into frontline policing on the North Shore. He has also worked in Road Policing, Enquiries and Community Policing.

He moved to Youth Aid seven years ago and plans to stay in youth services. “I have no desire to go anywhere else,” he says.

“I’ve always had a passion for working with young people. I find the youth work fun, challenging and rewarding.

“You get wins and losses, the same as any other squad, but there’s way more opportunity to make a difference and have a positive effect on young lives.” 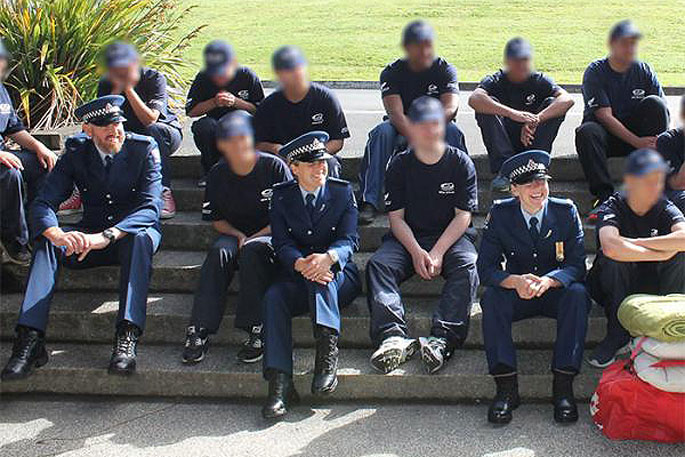 Rob and colleagues with young graduates from a life skills course at Whangaparoa.

Rob has 17-year-olds who he has been working with since they were 12.

“I’ve seen them transition to young adults and, while they’re still having problems, they’re improving, they trust me and know I will support them.”

He has a ‘progress, not perfection’ approach.  “You might have a kid with a 41 percent attendance rate at school and poor behaviour.

“You’re never going to get them to 100 percent, but maybe you can get them to 70, where they are achieving and contributing to the school community. That to me is a success.”

As a member of Blue Light, Rob has enjoyed assisting on numerous initiatives including the Life Skills Military Camp and the BLAST mentoring program.

Two days a week he and fellow Blue Light members go into high schools to meet at-risk youth and talk about self-esteem, wellbeing, anger management or alcohol and drugs.

“At the end of it we form a strong partnership with the school and the kids. It gets the kids into a routine and actually gets them wanting to come into school early.”

One of his most memorable moments was putting a youngster through the Duke of Edinburgh programme, a three-tiered system where students complete certain tasks to achieve their award.

“This kid was in Youth Court, offending most weeks, no male role model and had low self-esteem. He had never been in a tent or camping so we went on a three-day tramp in West Auckland.

“We tramped the Sir Edmund Hillary Trail with a group of other boys. I was his support and helped get him through it - he got his Bronze award and six years later, he’s working full-time and hasn’t offended since.”

Rob says one of the biggest challenges in Youth Aid is the young person’s environment.

“I might manage to show a young person their potential, but they are often only as strong as the environment, social peers and people around them. That is something we can’t change overnight.”

But there is plenty of evidence to show that the alternative approach doesn’t work either. Torturing and executing people didn’t stop crime and a Justice system based on punishment is failing dismally. It is much harder to quantify the effects of programs like the one described in the article. (We can’t know what these kids WOULD have done without the program...). Rehabilitation has to be the goal for the Justice system, and prevention is a good step in that direction. There ARE cases where severe penalties have to be implemented, but let’s not kid ourselves that this will lessen crime. For thousands of years, punishment has not eliminated crime; it MAY help victims feel better but it doesn’t address the problem of why people decide crime is right for them in the first place.

Select a few shining examples and then declare the idea a resounding success. There is zero evidence that this fluffy cuddly approach is a better way of dealing with criminals.

How To Avoid Court

Thanks for making us aware of this outstanding program which shows common sense and commitment to crime prevention. These officers (and the kids they work with) are showing a positive approach to bad behavior and deserve our support. All of us can make bad decisions; sometimes we need help to get back on track.