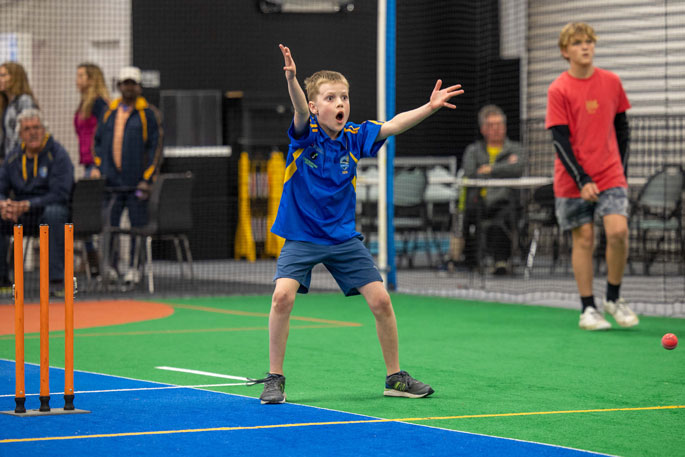 Keen young Bay of Plenty cricketers are fizzing at the thought of playing at the 2022 AIMS Games in Tauranga. Photos by Jamie Troughton/Dscribe Media

While their world championship-winning Black Caps heroes cool their heels in quarantine, a group of young Tauranga cricketers face a longer but equally exciting wait.

The future stars are fizzing about the introduction of indoor cricket to the 2022 AIMS Games, becoming the 24th sporting code at the annual intermediate-aged sporting showcase.

The 2021 tournament in September has attracted more than 11,000 entries and, while the cricketers have another 14 months to wait, their introduction has extra significance for 10-year-old Joel O'Hara, whose older brothers Jesse and Levi both competed at AIMS in previous years.

"I watched him play and there were lots of people crowded around the courts, waiting to play and cheering," the Papamoa Primary School student says.

"I'm kinda nervous but also pretty excited at the same time, to think I could play indoor cricket at the AIMS Games."

Indoor cricket code coordinator Andrew Templer, who owns the Bay Indoor Centre, says there's a lot of work to be done in the next 14 months before indoor cricket's debut but it was an exciting time for the sport, after New Zealand's ICC world test championship win over India last week.

"Cricket is on an absolute high at the moment and it's especially significant that so many of our Black Caps stars are based around the Bay of Plenty, acting as role-models to the next generation," Templer says.

"Getting indoor cricket into the AIMS Games is huge, not only for the depth of the sport itself but to also expose all those young cricketers to the amazing benefits of being involved in a tournament of this size." 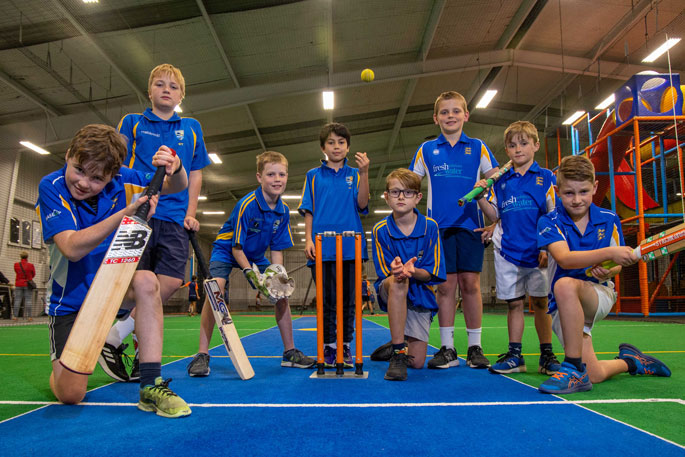 "Every year, we get a number or proposals to include various sporting codes and we weigh each one up extremely carefully, but the growth of cricket and the diversity it brings to our tournament meant we just couldn't say no," Semple says.

"We're really looking forward to including indoor cricket in our AIMS Games family."