Snow to low levels in parts of NZ 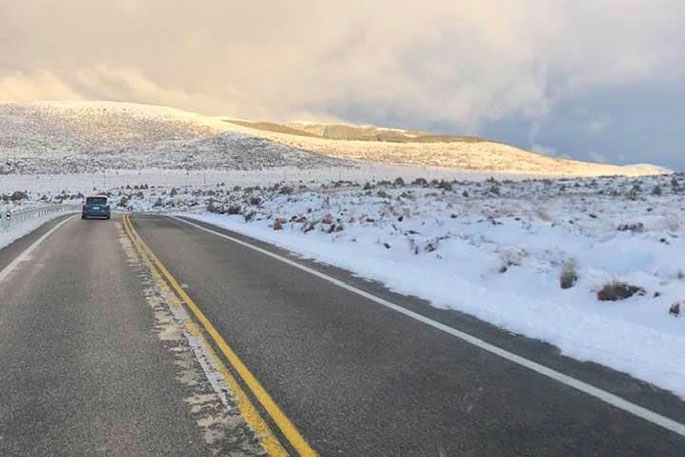 Snow is being forecast for the Desert Road this week.

Another wintry snap is on the way and while not as aggressive as last week's polar blast, WeatherWatch.co.nz warns it will bring snow into both islands and another temperature drop.

"Warmer northerlies with sub-tropical connections will develop across New Zealand over Monday and Tuesday, but by Tuesday evening, a southerly (or south west) change will arrive from out of the Southern Ocean region and directly into southern NZ - and with it will come snow flurries to low levels (100 metres above sea level maybe)," says the weather organisation.

"Dunedin's high on Wednesday is +5C, then +6C on Thursday and Friday with some snow flurries likely on the hill suburbs.

"Wind chill will again be below zero and with some parts of the South Island already in early lambing farmers should be prepared. Once again, cold air is the main feature and not heavy snow.

"Accumulations may not be very high with some only getting a few flakes that don't settle, but it's an indicator of the colder air sweeping over NZ from late Tuesday to Friday." 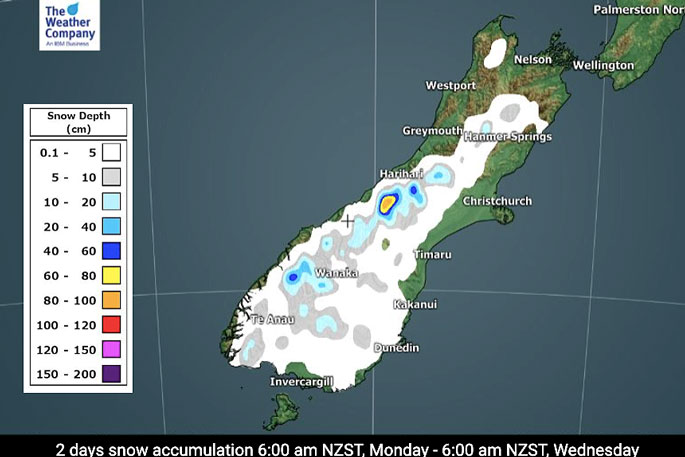