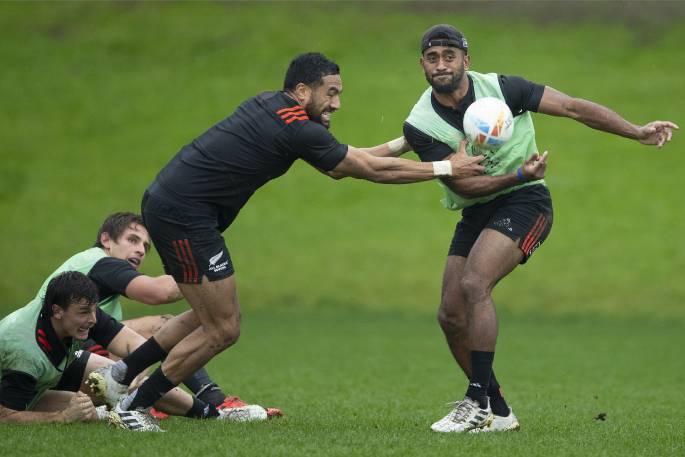 The Rugby Sevens are based out of Mount Maunganui. Photo. John Borren.

New Zealand have named both their men’s and women’s Rugby Sevens teams for the Olympic Games with plenty of interest from the Bay of Plenty.

The All Blacks Sevens and Black Ferns Sevens base themselves out of Mount Maunganui’s Blake Park and the University of Waikato Adams Centre for High Performance.

Ruatoki’s Sevens specialist Ngarohi McGarvey-Black has also made the cut as well as another BOP affiliated talent in Dylan Collier.

The Black Ferns Sevens will go into the Olympics as strong contenders for the gold medal and led by captain, and New Zealand flagbearer Sarah Hirini.

Coach Clark Laidlaw says it was the toughest team selection he has been involved in.

“Going to Olympics is the pinnacle of four or five years work. We were conscious of that as coaches and selectors, so we made sure we were really clear on how we want to play the game, where the players were at, and picked the best team to go forward.”

The men are in Pool A at the Olympics and will play Australia, Argentina and South Korea, kicking off on July 26.

More than half the team has Olympic experience, while Shiray Kaka and Michaela Blyde were traveling reserves in 2016. Risaleaana Pouri-Lane has a different Olympic experience, captaining New Zealand to a gold medal at the Buenos Aires Youth Olympic Games in 2018.

Since the 2016 Games, the women’s sevens team has been incredibly dominant, winning 16 out of 22 World Series tournaments, the Sevens World Cup and Commonwealth Games gold.

“The internal competition we have has really driven this group,” says co-coach Allan Bunting.

“We’ve got a spine that operates really well who we have massive faith in, but then we’ve got these great young players and players, I describe as hidden warriors, who have been doing a lot of work that you don’t really hear much about. It’s the drive from all our players to make this squad that has made some of these decisions really tough.”

“We’ve recently had a taste of some international sevens and when we played against Australia in Auckland we were off our game. We’ve had to evolve, we went back, simplified our game and narrowed our focus. The next step is the Olympics and that’s what a lot of these players have been dreaming of since 2016.”

The women are in Pool A and will come up against Russia OC, Great Britain and Kenya, with competition starting on July 29.

NZOC CEO Kereyn Smith extended her congratulations to the athletes.

"We're thrilled to name two extremely strong and competitive sevens team today. I'd like to acknowledge all the athletes and support staff because we know a huge amount of work has gone into getting you to this point," says Smith.

"New Zealanders are extremely passionate about rugby sevens and we can't wait to watch both the men's and women's teams take to the field in Japan with the fern proudly displayed on their chests."