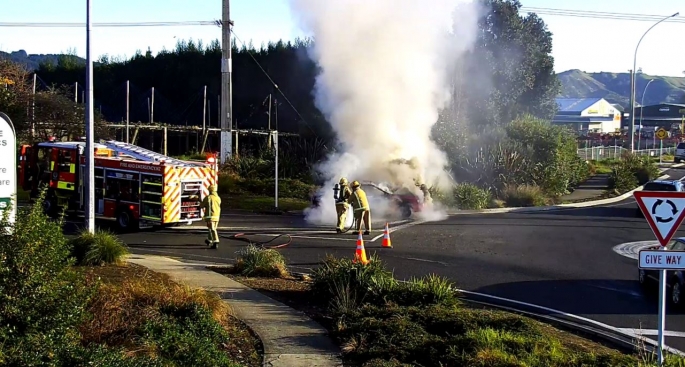 UPDATED 9.50am: Two fire crews attended a car fire that blocked a road in Te Puke this morning.

She says some vegetation also caught alight but the fire was “quite minor”.

A unit from Te Puke and one from Mount Maunganui were called to the fire, says Carren.

The crews were at the scene from 8.45am for an hour, she says. 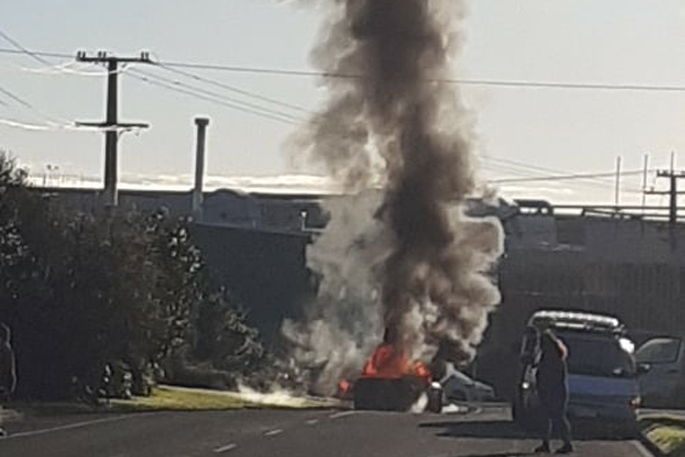 The car fire on No 3 road. Supplied image.

EARLIER: Smoke and flames can be seen billowing from a car on fire in Te Puke this morning.

A SunLive reader at the scene says Fire and Emergency have arrived at the car fire that is at the intersection of No 3 Road and Te Puke Highway.

They say traffic is backing up heading heading out of Te Puke towards Papamoa on No 3 Road and on Te Puke Highway.

At the scene? Call 0800 SUNLIVE or email photos to: newsroom@thesun.co.nz