Barkes Corner roundabout a “hell of a mess” 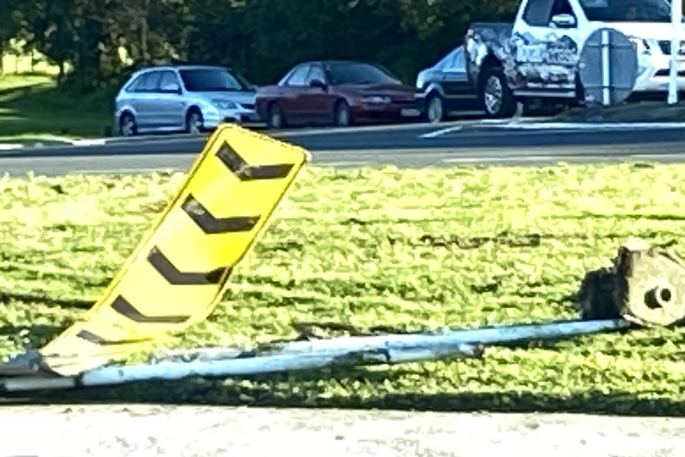 The roundabout was torn up by a driver. Images: sunLive.

The Barkes Corner roundabout has had the grass torn up and signs damaged by a driver overnight.

A caller to the 0800 SunLive news hotline says a driver has smashed up all the signs and “made a hell of a mess” on the roundabout at the intersection of SH29A and Cameron Road.

He says something needs to be done about “idiots like this”, who if they’re not causing damage, are down back streets doing burnouts.

A reader who messaged the SunLive Faceboook pages says a guy decided to do a 360 on the Barkes Corner round about taking out all the signs and eventually being tackled by members of the public. 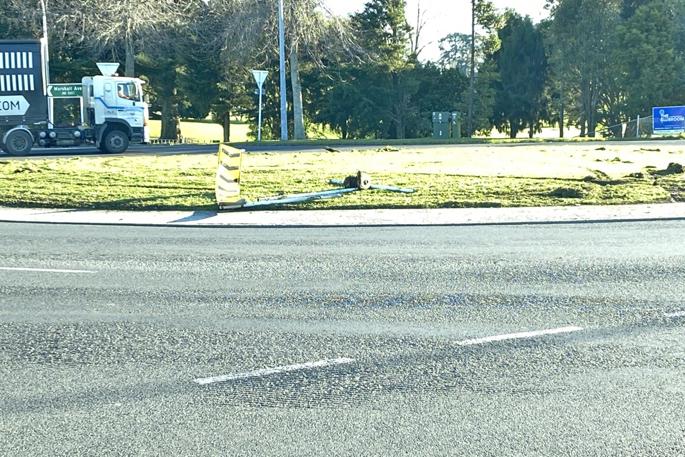 A police spokesperson says police were alerted to some concerning road behaviour around 8.20pm last night on SH29A, Greerton.

“The driver is reported to have crashed into road signs and into the roundabout and a male was taken into custody.”

No charges have been laid, they say. 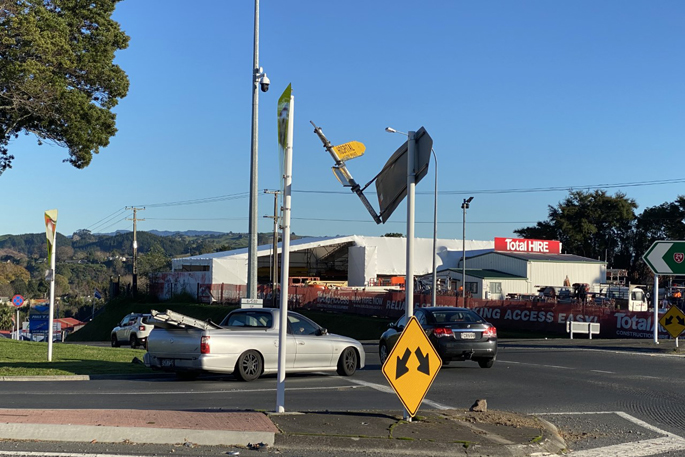 take their cars off them and make them watch the cars being crushed. don’t allow anything to be removed first

A mess you say!

It’s been balls up for a long time and is getting worse because NZTA the Scrooge McDuck of NZ refuses to spend enough money to fix our roads. One reason why we now have huge rate increases. The road funder doesn’t think we need money spent here. But wait they want to take the golf course and the Racecourse in ten years time to fix their bad attitude.

This is what should happen.

The moron who they have arrested for this should be made to pay for replacement signs. Then he should be made to erect the new signs when they arrive. Then he should be made to stand in the middle of the roundabout for the day wearing an ’A frame’ stating "I’m a dick who likes hooning around and destroying rate/tax payers property". Then he should have his day in court and fined an amount which he will never forget!! Oh, almost forgot, he should also have his car confiscated and crushed and banned from driving for 12 months :-) To any Judges reading this - we have had enough of these morons and it is time that you started setting examples by handing out extreme fines and other punishments!!

12 months jail. take their car off them immediately and destroy. no if buts or whyfor

Well the Council started it.

No charges have been laid - WHAT?