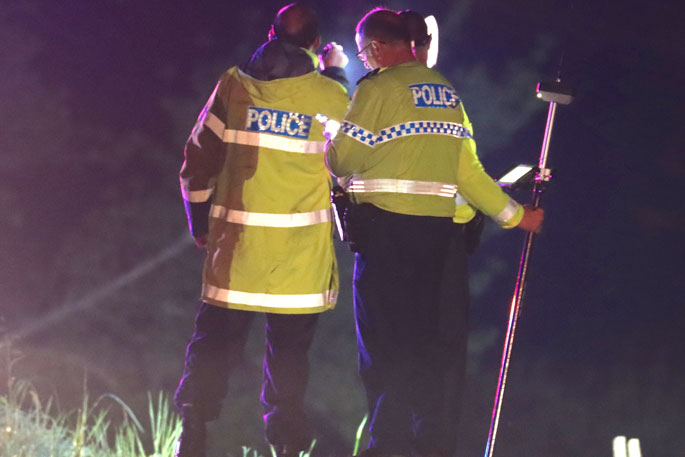 Police are seeking witnesses to a fatal crash on State Highway 5.

Two people died after a two-vehicle collision in Waiotapu at around 7.15pm on Tuesday night.

Five other people were injured in the incident, which occurred near the Waikite Valley Road intersection.

Police are asking people who might have seen something to come forward.

“Police believe there are people who witnessed the crash who are yet to come forward and speak to us,” says Constable Craig Orr.

“We believe there are people who travelled through the crash scene who may have information that could assist our investigation into the cause of the crash.

“Anyone who witnessed the crash or who was travelling along that stretch of State Highway 5 between 6:30pm and 7:30pm is asked to contact Police.

“We also ask that anyone who has video footage or photographs of vehicles travelling along State Highway 5 during this time to get in touch.”