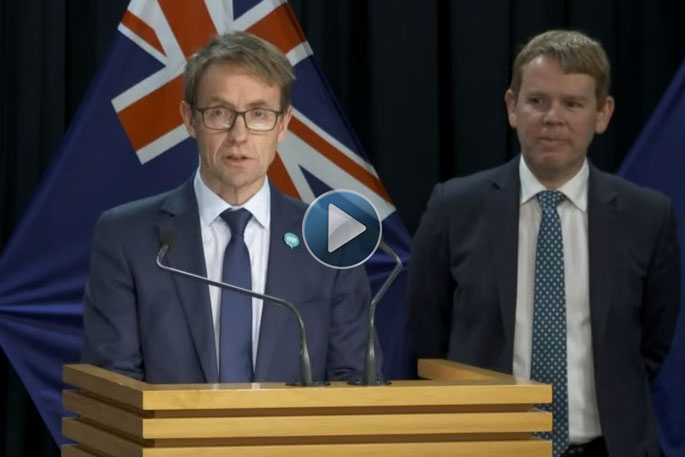 There is one new Covid-19 case in managed isolation today and none in the community, the Ministry of Health has reported.

In a statement, the ministry says the new case arrived in the country from Afghanistan via the United Arab Emirates on 16 June and was now in an Auckland managed isolation facility.

It says the case is not in the Novotel Auckland Airport managed isolation facility, so is not linked to the two positive day 12 tests which were reported on yesterday.

It also says it would investigate the reason for the day 12 positive test.

"Yesterday we reported the full travel histories for cases 1 and 2 were still being investigated.

"We can now confirm those two cases travelled from Kuwait via the United Arab Emirates."

The Ministry says so far, 2618 people have been identified as contacts of the Australian person who visited Wellington between 19 and 21 June.

Of those 2618 total contacts, 2505 or 96 per cent of people have returned a negative result, eight additional people have had a swab and are awaiting a result; 14 people have been granted a clinical exemption and eight have returned overseas, which means their home jurisdiction will be following up with them, it says.

"The remaining contacts are being actively followed up by contact tracing teams."

The number of active cases in New Zealand is 31.

The Ministry said the seven-day rolling average of new cases detected at the border is 3.

The total number of confirmed cases in the country is 2386.

Yesterday there were 1379 Covid-19 tests processed in the Greater Wellington region.

Wellingtonians and visitors were still being urged to check locations of interest, the ministry says.

"If you live in the Greater Wellington area, or were in the region between 19 and 21 June, we urge you to continue to check the locations of interest that were visited by the Australian traveller to the city."

"People who have been at any of these locations at the relevant time should immediately isolate at their home or accommodation and contact Healthline on 0800 358 5453 for advice on testing."

The Ministry reminded people that there is a Health Act section 70 notice in place that places a legal requirement on all people who were at locations of interest at the relevant times to follow the instructions regarding isolation and testing.

Covid-19 Response Minister Chris Hipkins says after a "very quiet week on the Covid response front" and because everyone was talking about the weather, he was pleased to report the first 360 doses of the vaccine were delivered to the Chatham Islands today in stormy conditions.

The remote community is identified as a priority group.

There was now a bar chart showing vaccinations by group per week and a table showing cumulative vaccinations for each group.

"Overall we continue to track ahead of plan, and it's about 8 percent ahead of plan, mindful that we have some tight delivery schedules that we're working for and we're managing supply very closely."

He says New Zealand is in a period of tight supply, as outlined yesterday, but a million doses were expected to be delivered across July.

By the time the next shipment arrives next week, less than a day's worth of vaccines were expected to be left in the freezers.

"That is a deliberate decision ... we would rather have vaccines in people's arms than waiting in fridges."

He says vials could be dispatched to DHBs within hours.

DHBs were continuing to contact everyone in group 3, and by 23 July everyone in that group who is enrolled with a GP should have received an invitation to book their vaccine.

GP vaccinations were continuing to increase.

Hipkins says the online booking system would be used when the group 4 rollout began and would be available for the general public to view from the end of July, around the 28th.

He says IT teams had been working well into the night to integrate all the data to make that possible.

The Janssen vaccine is the next likely vaccine to be approved in New Zealand. The Medicines Assessment Advisory Committee is in the final stages of making a decision on granting provisional approval for it.