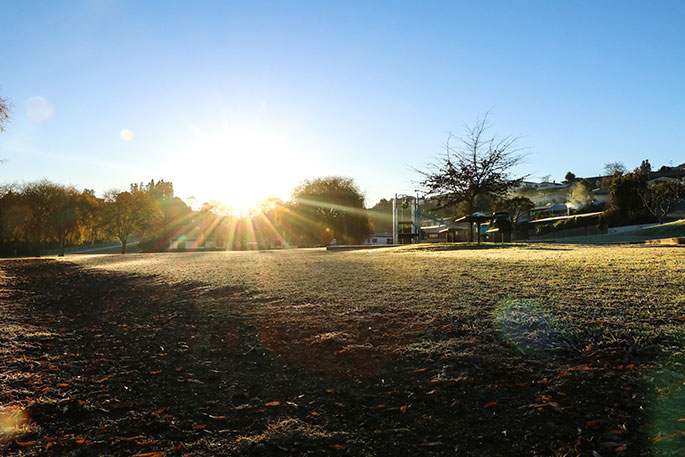 Rotorua was among the coldest places in the North Island this morning as the Antarctic blast continues to hit New Zealand.

Whilst the temperatures remain relatively low today, the forecast is for fine weather across the Bay of Plenty region.

Temperatures plummeted to minus two degrees in Rotorua in the early hours of the morning. Only Hamilton and Matamata had colder temperatures, according to NIWA.

It comes after a blast of polar air swept across New Zealand yesterday, bringing with it adverse weather conditions for many.

Snow was even spotted in the Bay of Plenty, with gentle flurries in the Kaimai Ranges and out at Waioeka Gorge.

The Desert Road has now reopened, according to Waka Kotahi NZTA, after previously being closed between Rangipo and Waiouru.

“Due to snow and ice conditions, road users are advised to take extra care,” says a statement on their website.

The weather in Tauranga today is expected to remain chilly, with a top temperature of 14 degrees but with clear skies throughout much of the day.

Rotorua can expect frosts tonight but the mercury should not drop below the negatives again, with a low of one degrees tonight and a high of 11 throughout the day, according to MetService.