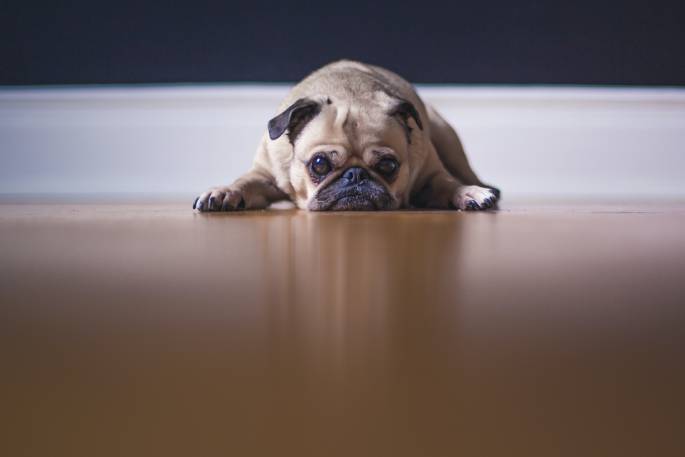 A third of New Zealand’s dog and cat owners believe that animals feel down in the dumps when the colder, wetter weather settles in. Supplied photo.

Pet insurance provider Pet-n-Sur, has revealed that a third of New Zealand dog and cat owners believe that animals feel down in the dumps when the colder, wetter weather settles in.

The online survey, which ran throughout June and attracted more than 500 responses, reveals that almost 50 per cent of New Zealanders feel that their dogs sleep for longer during the chillier months, with two in five reported to be less active.

One in three cat owners reported their pet seems less playful during winter. One in five dog and cat owners also said that their pet’s appetite increases.

One participant from Orewa says they always feel a bit low over winter, particularly if there is a cold snap or the rain has been coming down for a few days.

“My Jack Russell, Otis, is the same. He is never as enthusiastic about his walks, and just seems to wag his tail a little less as well – and I swear he piles on some extra pounds.

“Come spring he is back to his bouncy usual self again though,” the participant says.

Pet-n-Sur, which provides dog, rabbit, and equine insurance says while animals probably don’t struggle with Seasonal Affective Disorder in quite the same way as people, it’s likely that the change in temperature does have some impact on their behaviour.

Pet-n-sur CEO Tony Radisich says despite our similar brain chemistry, there is extensive research in people but really very little research into SAD in animals.

“Even if pets don’t suffer from SAD in quite the same way as we do, that’s not to say that they don’t feel different at this time of year. Commonly reported signs from owners include grumpiness, sleeping more and an increased appetite.

“Pets are great at mirroring our emotions so they could be reacting to your behaviour. We are sometimes more reluctant to go outside when it’s raining, for example, so your dog could be feeling the blues from being taken on less frequent, shorter walks.

“There is a tendency to project our feelings as well, so be careful that you’re not overfeeding your dog or cat simply because you feel cold, a bit down and in need of some comfort food yourself.”

Tony advises maintaining the same routine year-round, as much as possible, to keep dogs and cats feeling well. He also points out that older or unwell pets might feel the change in the seasons more acutely than others.

“If you start noticing a change in mood, give your dog or cat the opportunity to play and be outside,” Tony says.

“Whilst it may not seem appealing to go for a walk on a grey, drizzly day, the change of scenery is not just exercise but a valuable time for mental enrichment and stimulation for your pet.

“Remember that elderly pets and those with health conditions might struggle with the rain and cold – sore, stiff joints could be a problem, for example.

“Make sure they have a warm spot to curl up in, and perhaps consider a joint supplement for those dealing with arthritis and other mobility issues,” says Tony.